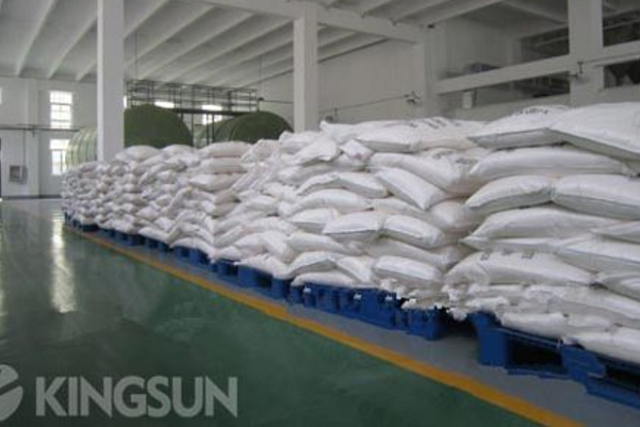 Sodium gluconate is an insoluble organic sodium salt belonging to the hydroxycarboxylic acid family. It is made through the process of glucose fermentation. Gluconate salts are oxidation by-products of glucose and occur widely in nature.

Sodium gluconate manufacturers carry out this process on a large scale to produce large amounts of salt for industrial applications. The process involves neutralizing gluconic acid with a sodium base.

Sodium gluconate chemical composition consists of a six-carbon chain with five (-0H) hydroxyl groups terminating in a carboxylic acid group. The proximity of the oxygen atoms within the chemical structure aids its function as a highly efficient chelating agent.

Chelating agents are compounds which react with metal ions to form a complex which is water-soluble. Sodium gluconate functions as a chelating agent over a wide pH range.

Sodium gluconate is used in the industrial production of chemicals such as pesticides, fertilizer, and numerous other agricultural products. Other industrial applications include the non-metallic mineral production of glass, cement, concrete, gypsum, and lime.

Another industrial application of this salt is in the production of common household cleaning agents. This includes soaps, detergents, powdered vat cleaner, aluminum cleaner, and glass cleaners.

It’s also used in massive scale metal electroplating thanks to its high affinity to metal ions.

Sodium ferric gluconate is used in the medical sector to treat iron-deficient patients suffering from anemia. It’s also used to treat chronic kidney disease, which will eventually shut down the kidneys.

Usually, these types of patients are receiving medical epoetin and are on dialysis. It is also used in the dental sector to help manufacture toothpaste and other dental products.

Like with most other drugs, ensure to seek out a doctor’s prescription before using any medicine containing sodium gluconate. In deciding whether to use the medicine or not, one weighs the pros of using it against the consequences of not using it.

To make an informed decision, factors such as allergies, pediatric, geriatric, drug interactions, breastfeeding, and other pre-existing medical conditions need to be considered first.

To remain safe, only administer any medicine if you have the proper training. Otherwise, leave it to the experts.

Sodium gluconate can be added to the concrete as an admixture to offer a multitude of such characteristics. As a reducing agent, the water/cement ratio can be reduced significantly. This increases the concrete’s workability while increasing its overall strength.

Similarly, sodium gluconate delays the onset and completion of the solidification of concrete. This ensures that you can work with it for more extended periods, even during those hot summers, without compromising its strength.

Sodium d-gluconate under the EU food additive number E576 is mainly used as a cleaner and chelating agent in the food industry. Its Ph buffering is also used to improve taste in food and drinks by reducing bitterness resulting from artificial sweeteners.

As a stabilizer, it increases meat-water binding capacity, thereby improving meat firmness and ease of slicing. Lastly, it serves as a phosphate’s replacement.

Other foodstuffs which may contain sodium gluconate include:

In the personal care sector, sodium gluconate serves as a chelating agent. It’s a crucial component in cosmetics where it neutralizes metallic ions. This ensures that discolouration of the formula doesn’t occur over time.

It’s also used to manufacture soaps, toothpaste, face cream, solvents used in toilet preparation manufacturing, and other personal care items. The National Institute of Health has deemed sodium gluconate safe for use as it doesn’t irritate the skin or eyes.

There are several sodium gluconate manufacturers globally. If you are in the market for a large purchase, you could consider getting several quotations before settling on one. And with easy access to the internet, this task won’t take you a lengthy period.