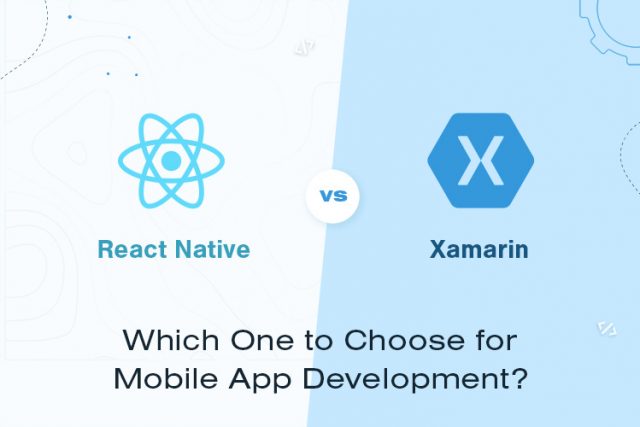 To choose whether to go for a React Native or a Xamarin, you need to know their pros and cons and also what they are. So, let’s get started!

So, which one should you choose for your mobile app development project? Let’s take a look at some of the key differences between React Native and Xamarin.

Some of the world’s largest corporations, including Facebook, Instagram, Airbnb, and Walmart, use React Native. React Native has been successfully used to create apps with a wide range of functionality, from simple games to complex financial planning tools.

In recent years, React Native has become one of the most popular frameworks for mobile app development.

If you’re considering using React Native for your next mobile app development project, then you should be aware of some recent statistics about the framework. Here are some key statistics to remember:

There are several advantages of React Native that make it a great choice for mobile app development, including:

There are a few key disadvantages of React Native that should be considered when weighing your options for mobile app development.

Xamarin was created in 2011 by MonoTouch co-founders Miguel de Icaza and Nat Friedman. Microsoft purchased it in 2016.

Xamarin apps are built using the Model-View-ViewModel (MVVM) architectural pattern. This pattern separates an app’s logic from its user interface, making it easier to develop and test cross-platform apps.

Also, Xamarin includes several features that make it an attractive option for mobile app development, including:

Xamarin is another popular mobile development platform that enables developers to create native iOS and Android apps using C# and .NET. Xamarin also offers code sharing across platforms, allowing developers to reuse code between iOS and Android projects. In addition, Xamarin has access to all the native APIs and UI elements of each platform, making it possible to create truly native apps.

If you’re looking to develop a mobile app, you may be wondering which platform to use. React Native and Xamarin are both popular options, but which one is right for you?

React Native is a great choice if you’re looking for a fast and efficient way to develop your app. However, it does have some limitations, such as not being able to access certain native features on devices.

Xamarin, on the other hand, offers full access to native features and can be used with any programming language. However, it can be more expensive and time-consuming than React Native.

So, which one should you choose? It is dependent on your specific needs and specifications. If you need a quick and easy solution, React Native is a great choice. If you need more control over your app development process, Xamarin might be a better option. Get started soon by partnering with the best Xamarin or React Native development company India by selecting one that suits you the best!