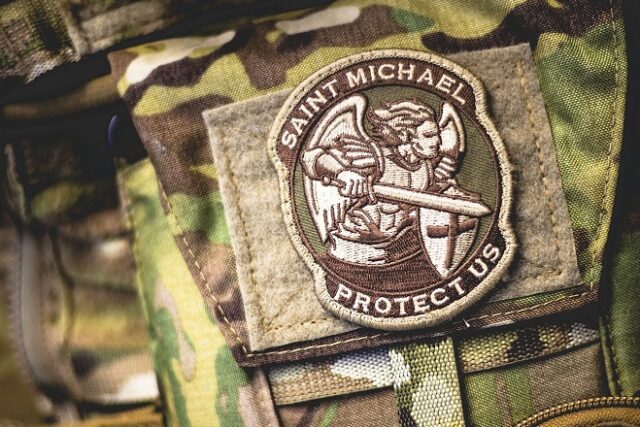 With their combination of stark iconography and sometimes cryptic symbols and language, army patches are as much a form of secret language as they are military protocol. If your medals and ribbons are a reflection of your achievements according to military command, army patches are an indication of your smaller successes and relationships: of your status within your unit and your minute but meaningful accolades.

If you’re a collector, army uniform patches offer one of the best ways to celebrate the history of the U.S. armed forces. Many of them tell some of the most interesting stories around.

The History of Army Patches

History tells us that if the military doesn’t hand out patches to help soldiers distinguish themselves from one another, those soldiers will do it for themselves. As is the case with much of the protocol and ritual in place for the military today, the history of military patches can be traced back to the Civil War. It was the first time in history that sewing machines gave access to easily produced industrial-grade sewing on a scale needed for a modern military, and the U.S. army put those new tools to good use.

Early on, many of these badges were hand-sewn and created by family members, but the increased prevalence of commercial sewing machines meant that more and more formal uniforms were introduced in the years following the Civil War. World War I saw a brief controversy when Division 81 created their distinctive “Hellcat” patch. While some saw it as inappropriate, the military command actually encouraged more units to develop their own patches.

The Role of Military Patches

Over the years, patches have created a sort of cultural code, helping define the attitude and personality of various units within the armed forces. In particular, having unique patches for different divisions lent them each a sense of personality and tenor. Perhaps most importantly, these division patches foster a sense of family and community within a division. Despite that, rules over what patches can and can’t be worn over the years have fluctuated.

“Morale badges”, which were unofficial badges that first started to appear prominently in the Vietnam War were sometimes disparaged for their off-color and morbid sense of humor. In either way, sewing new badges onto your uniform became a rite of passage and a way to signify a major or minor event in your military career. For good or bad, every service member’s patchwork network of badges tells their own unique tale.

A Whole Universe of Patches

What patches can and can’t be worn may change over the years, but every patch from the most stuffy to the most unofficial each tells a story in the history of the American military. But it can be easy to forget that army uniform patches still play an important role in the military today. While they’re considered decorations in contrast to traditional medals or thin ribbons, most of these badges convey important information.

Badges allow you to determine a service member’s rating, skills, and qualifications with a single glance. It’s a secondary language that every military member has to learn.

Badges may not have the importance that medals and ribbons do, but that doesn’t make them any less important. They’re a reflection not of a service member’s worth in the eyes of high command but rather a reflection of every aspect of a military member’s time in the service. If you want army uniform patches to add to your collection or replace your existing patches, find a retailer like the Armed Services Super Store that can produce real results.