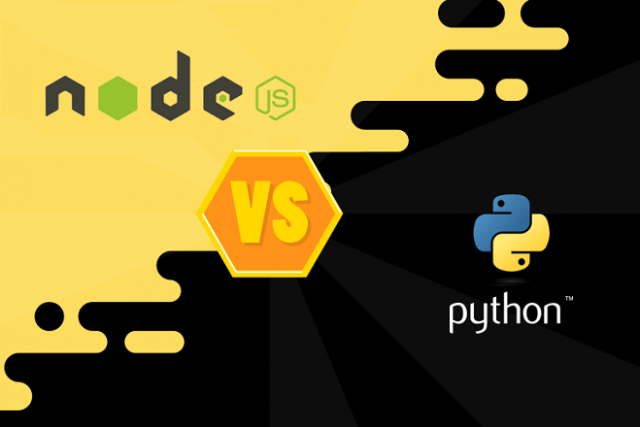 As day by day we become more modern we use different Technologies for developing new software. Node.js  and Python are also a kind of software which are the most compared backend technologies on the web. Node.js is older and more established and Python is up and coming.

In this article, you will come to know about it. So before a distinguished first, we have to know what it is we’re actually comparing. So;

Node.js is actually a server-side platform. It is a runtime environment for javascript. A Developer can create data-intensive real-time applications with node.js and which are run across distributed devices. All the applications which are written in it, are in javascript. One can run it in OS X, Microsoft Windows, and Linux. non-blocking, event-driven I/O models are used for making this technology. In this developers use the same language for both the frontend and the backend. This event-driven is widely used for running real-time server applications.

Python is one of the most famous programming languages. The programming language is object-oriented, high-level, dynamic, and multipurpose language. It is a flip-side program. Python is widely used for business applications that are required to develop applications for different and often uncorrelated use cases. Multiple programming patterns like functional programming, or procedural styles, are supported by it. Its interpreted nature can make it an ideal language for scripting. It is actually an interpreted language that is why one can not convert it to computer-readable code before it runs at runtime.

Key differences between Node.js vs Python

Node.js and Python have some similar features. But when compare Node.js vs Python then they have a lot of differences.

Node.js: A server-side platform that is built on Google Chrome Javascript Engine.

Python: is a programming language that is object-oriented, high level, dynamic and multipurpose.

Python: Developers use it for web applications and website development. It is used for many more things like applications, numerical computations, machine learning, and network programming.

Node.js: For Asynchronous programming developers always choose Node.js. It is the best option for it.

Python: It is not perfect for Asynchronous programming.

Node.js: We always use Node.js for a short project. It gives very good performance in it. It has an enabled functionality that needs less amount of scripting. Hence it is not good for long projects because it has only a few clean coding standards. So it is not able to be recommended for larger projects.

Python: Python is the best application for developing large projects because it can do anything that can be done using PHP code.

Node.js: It is best for memory-intensive activities.

Python: It is not applicable for memory-intensive activities.

Node.js: You can get enough flexibility with Node.js to avoid the core. Like that instead of creating a core and then scaling everything around it, you can easily create a set of microservices and modules and these two will dynamically run their own processes when your application is scaled. By adding nodes to the existing ones you can scale this horizontally and if you want a vertical design you can add resources. So it has more scalability than python.

Python: It has a problem with threads. It is actually made up of the Global Interpreter Lock. This lock does not allow Python to deal with different threads at once. So until a process is over one cannot run another process and it is typed dynamically and it is more of a drawback in terms of scaling.

Python: Python is a bad choice for a Real-time web application.

Node.js: For Node.js JavaScript has been used. So it is easy to learn. Developers can easily use and learn it.

Python: It is quite difficult to understand. Developers have to write fewer lines of code.

When should you use node.js?

It is very crucial to know where you should use node.js.

When should you use Python?

So keep it in mind and always be aware when you choose Technology. And choose it logically.