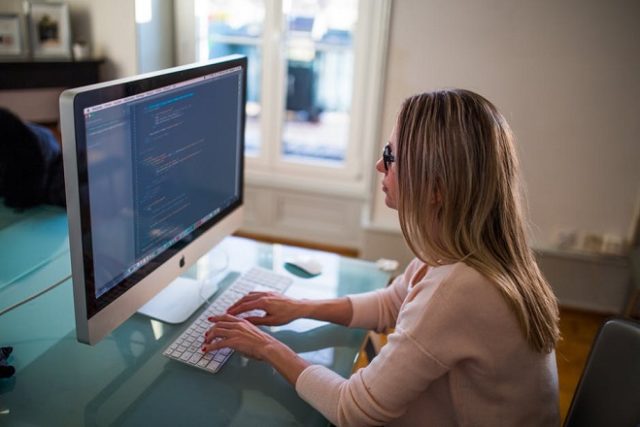 Computer programming language enables us to give instructions or direct a computer in a language the computer understands. These languages permit computers to quickly and efficiently process large and complex information. They are of great importance because they allow generating different systems that serve and deliver tasks that meet the needs of users.

Use of Programming Languages in Web Development

The advanced and evolving industry of web technology demands every business to have a website that is fully functional and is visually attractive. The process to create a good and efficient website, mobile app, or any other similar platform is called Web Development. The most crucial part of web development is web programming which can be attained with the help of programming languages. Every reputed web development company has a team of programmers well versed in various programming languages.

Java language is compatible to run on multiple software platforms, It is a  robust and secure programming language. Java is object-oriented like most web programming languages. Programs written in Java can be scaled as required and are easy to maintain. Java acts as a standard platform for several enterprises and game developers across the globe.

Python is a multi-purpose and highly-used programming language. This language uses simple syntax, making it easy for web developers to work with. Python supports code readability. Python can create a framework for any website need. It can be used as required either for object-oriented, aspect-oriented, or functional programming.

Pinterest, Instagram, and Rdio are few apps powered by Python. YouTube and some Google projects are partially based on Python. The video game industry has also adopted this programming language. Apart from these scientific databases can also  be easily integrated with this language.

From Facebook and Twitter to Gmail and YouTube,  all rely on JavaScript to make interactive web pages and creatively display content to users. It operates across all popular browsers, it is one of the friendliest programming languages.

JavaScript is also used for online marketing, as a lot of advertisements are programmed with it. It also enables us to read and write cookies, which makes modern marketing strategies such as targeting possible. JavaScript has moulded the internet and is an important part of today’s web browsing experience.

CSS is a markup language that enables web developers to style, determine, and define a website or a web page for the users. The style sheet language describes how a website is presented and its layout. CSS is used along with HTML to include colours, backgrounds, layouts, font sizes, and more. CSS is used to create visually attractive web applications and mobile apps. CSS also uses several English language words in its simple syntax.

PHP is a language based on C and Perl. It is used on data-heavy websites or for application development. This is an open-source and fast prototyping language that can be easily modified to meet the needs of a business or website. Its benefits include support for various databases and its effective integration of internet protocol.WordPress and Facebook use PHP to handle and manage their data. PHP is used as a general-purpose programming platform as well as for web development.

C++ is s one of the oldest programming languages. It is  based on C language and consists of three crucial parts, namely: The standard library of C++, The standard template library, The core C++ language

C++ helps businesses in web development. C++ is easy to learn, especially because the core language is concise using approximately 60 keywords. The language becomes more complex through its standard library.

C++ allows highly complex processes to be integrated into basic functions.In application programming, C++ is one of the most popular programming languages today.

SQL is used when your website is computing large amounts of data. It is a database query language. SQL enables you to gather data from different databases and use it to cater your website to your target audience. It offers help in acquiring specific data or details from complex databases. It is in great demand among the tech giants, including Microsoft. It is a must-have for every developer who works with databases regularly.

Ruby is a programming language, which is dynamic and is primarily used in creating mobile apps and websites. Being a highly scalable language, it also manages functional programming with imperative programming. As an open-source platform, Ruby is simple to understand and write.

Twitter, Scribd, Airbnb, Bloomberg, Shopify, and Hulu are examples of a few platforms that use this programming language. Ruby is used as a scripting language for web servers and is also used by the video game industry. This language can run on all current operating systems.

C# is a generic -purpose, an object-oriented language developed on the foundations of C. It was created and designed by Microsoft. The syntax used by C# is similar to other C derived languages. Mobile app developers use C# to develop cross platform apps on the Xamarin platform. C# is also used for Microsoft app development. It also helps in VR development. It is also used for developing 3D and 2D video games.