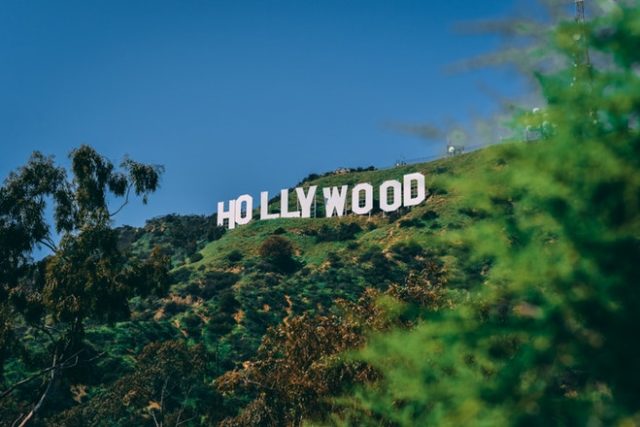 Two glamorous cities, busy by day, sparkling by night. Both San Francisco and Los Angeles (L.A) are famous cities in America, sharing several similarities, and also with a lot of differences. If you are considering moving from the golden gate city for the city of angels, then you need a properly investigated report to show that you are taking the right step.

Read on to get a full breakdown about the two cities, and get a better insight on your decision.

On average, the climate in San Francisco is nice, with short winters and long, comfortable summers. The warm months are between June and October, making this the best time to visit or in this case, arrange a location transfer. During the warm months, the average temperature is 69 degrees F, while the cold months, usually between December and February have an average temperature of 45-56 degrees F.  You will enjoy the views in the cloud around May when the clouds are clearest, while the heaviest rainfall will come at the end of February. If you are looking to visit, then it is best to come during the clear days with no rainfalls which are around the warm months.

The weather in L.A is a bit different with long, wet winters and warm summers. You will find warmth here between June and September, while the cold begins in November and ends in March. The heaviest rain will come down around the end of February. It is best to visit or plan movements during the rainless days which fall between late May and mid October.

Most schools in San Francisco are evenly distributed. This means that we don’t have a situation of rich people attending private schools, and poor people attending public schools. You will find a mix of all classes, race, and languages everywhere. Being admitted in private schools in San Fransisco can be rigorous, so it is best to start the process early.

In L.A, there are numerous education opportunities, both private and public. Generally, private schools tend to get better reputations than public schools in L.A. However, reputation does not guarantee quality. Most public schools are tuition free. Some of the high-ranking universities like UCLA and USC are all situated in L.A, so you can be sure of good quality.

With a reduced residential number of over 800,000 people, the transportation in San Francisco is easy. There are public transportation means available everywhere, and it is easier to get around by foot or bikes since there are lesser people. Living in San Francisco is quite expensive, leaving quite a number of homeless people. Expect to see all calibres of people from retirees to students and businessmen in their peak, despite the median age being 38.8, due to the growing job market.

Los Angeles is a different story. With about 4 million residents, L.A is the typical buzzing city. A good number of celebrities reside in L.A making it a natural home for entertainment. It is a friendly place, and it encourages healthy living, although the cost of living here is also high. This city loves to look good, and its numerous annual events in the sporting, fashion, beauty and entertainment industry displays this. You would not get bored here.

The size of San Fransisco makes it easy to host a group gathering. When you want a blend of culture and events, San Francisco is the place to be. The people here are bound by an unbeatable pride in their culture, and have no problems displaying it.

It is safe to include L.A when mentioning homes of entertainment. With spots like Hollywood Boulevard, you can be sure of a fun-night everyday in L.A. Their restaurants are not left out with different cuisines ranging from Mexican to typical American dishes. There is almost always a shopping spree in L.A. If you are out for some fun, and you need to spend some money, head out to L.A.

Advantages Of Moving To Los Angeles

Due to the larger population in L.A, moving there will be a good idea for people in business. If you prefer the bigger city’s infrastructure and enjoy mixing up with the crowd, then L.A is game. The diversities in cultures, arts, beliefs, and religion will expose you better, as compared to the streamlined smaller market in San Francisco.

You would never get over the activities in L.A. ranging from serene, self-activities to loud, group activities, and there are tons of things to do. Being home to Hollywood, you should expect class-act fashion couture, spot-on entertainment and international food.

The education system in L.A ranks higher than that of San Francisco. The colleges in L.A work in favour of a number of students interested in building a talent in a streamlined field. With some of the high-ranking universities in the world based in L.A, international connections are guaranteed.

All the fog in San Fransisco makes it a little difficult to experience proper warmth. With better warmth and lesser rainfall, L.A seems to be leading in the weather sector. The beaches in L.A are amazing as it has warmer water, more sand and fewer rocks.

On a good, warm day, almost everyone is heading to the beach, going surfing, climbing or hiking. Even if you don’t plan to, the iconic landscape and the weather just draws you in.

Despite also being expensive, the cost of living in L.A is way cheaper than San Francisco.

With these many benefits, moving to Los Angeles seems like a good option. Do hire the services of professional movers from San Francisco to Los Angeles.

Disadvantages Of Moving To LA

Well, with all that crowd, there is bound to be a lot of traffic. Getting by the roads in L.A can be tasking, especially when compared to San Francisco’s easy public transit means. The complicated traffic signs also add to the road troubles, as some drivers park where parking is restricted.

The rate of employment in L.A is low when compared to San Francisco. The competition for jobs is very high in L.A. You would have to be on top of your game to get a lucrative job.

Getting from one neighbourhood to the next can be quite a drag in L.A. Due to the availability of a lot of neighbourhoods, it can get confusing to move around.

Cost Of Moving From San Francisco To Los Angeles

If you intend to move to the City of Angels, then there are many ways for you to do that. You can decide to move yourself, or use the help of a reliable moving company, especially if you have a lot of properties. The easiest way to move is, of course, to pack all your things, fit them in your car and drive down, but your things can’t fit into your car now, can they? On average, the cost of moving is between $1500 and $2500. A lot of additional factors like distance, amount of load and additional services like packing and unpacking will determine your exact charge.

Making the choice to change cities can be difficult, especially after a long time in one city. However, if you see something that interests you, and you think will suit you better, then go for it. Do ensure you reach out to us to make your transition a hassle-free one.