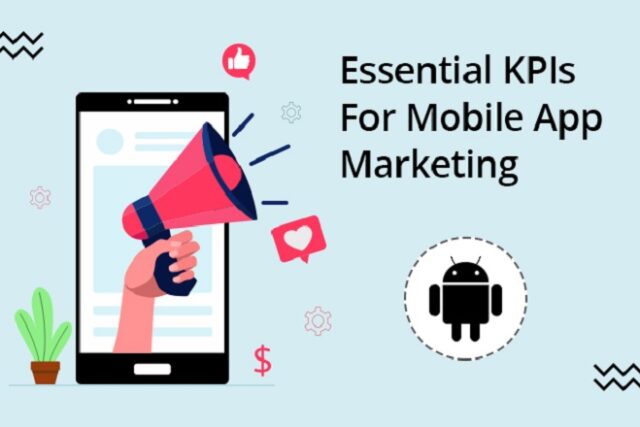 Mobile phones have become widely popular and to be fair, they have almost become one of the very basic necessities of life.

Though our mobile phones are basically run by the operating systems, the applications installed within them are what make them enticing to the users. Without the applications, smartphones merely become basic phones with some new and enhanced hardware.

Mobile App developers work hard in order to develop the applications – working all the way from UI/UX design, backend development, security, and so on. But the work isn’t done here.

Their mobile apps need to be installed by the users and grow later. Here is when the marketing aspect comes into play, where the user base is targeted according to their needs, advertisements are put forward, and feedbacks are taken.

An abstract idea which dwells upon intuition is not enough for this purpose, and measurable quantities are important to measure the success of the application fairly. There is a need, therefore, of empirical measurable indices that help this purpose.

KPIs (Key Performance Indicators) are measurable quantities – values that indicate the effectiveness of an operation that is being performed by an organization.

These are used for data analytics purposes to measure the condition of an operation. Different operations are measured by using different sets of KPIs.

Mobile App marketing presents a unique challenge and for the same purpose, a set of KPIs are monitored in order to derive the engagement metrics, retention patterns, and application behaviors.

These metrics help the developers to determine if the application is doing well in the market and if not, which operational segment is responsible for the shortcomings in application engagement with the users.

Though there are numerous Mobile App Marketing KPIs that can be taken into consideration, several of them aren’t quite necessary and may add more to confusion than to the information.

Number of downloads is undoubtedly a direct indicator of the application performance.

After all, every other process of analyzing application optimizations, consumer satisfaction, and upgradation takes place after a user has started using it.

An application must therefore be easily downloadable and readily available on the app store.

Applications provide some service to the user. However, there can be several applications in the market that provide a similar service.

An application therefore needs to have a competitive edge over the other applications of the same kind so as to stay active in the market, failing which makes the application dormant in the user’s mobile phone.

Therefore, making an application which keeps the consumers engaged is very important. App Open Rate (AOR) is an important metric that is used to determine how longer a user stays and spends time on the app. The higher the AOR , the better it is.

A major challenge for a marketing team is to find new users to provide services to. Growth in the number of users directly contributes to the growth of the app.

A growth in the customer base leads to more engagement and more revenue. In case of a marketing campaign, the number of new users determine the level of success the campaign has achieved.

The term organic in case of internet traffic refers to the traffic that is engaged without the reference of any paid means.

People spend a lot on advertisements, and at times, the amount spent on the advertisement doesn’t turn effective in bringing and converting the suitable traffic. At times though some other means which aren’t paid for, might turn out to be of huge help.

Word of mouth, search engines, are some of the means to incur organic traffic. It is very important because it demonstrates if the peers are genuinely interested in the product.

And more to that, it also demonstrates if the previous users have liked the app considering the quality spread of the word of mouth.

Paid promotions are an important way to advertise a product, they may be risky but there’s a reason these channels charge money. They may be social media advertisements, television advertisements or display commercials.

They target the demographic exclusively and have a significant reach which among other things, significantly increases the visibility and popularity of the advertised product.

These days, people possess smartphones that provide a lot of internal memory and out of those, typical apps consume very less spaces. People tend to uninstall an app if they run short of memory and have no use for the app.

Therefore, a rise in the uninstallation rate should be taken seriously. Reason behind the increase of this KPI must be determined and proper action must be taken to solve the issue.

This metric indicates the number of times an application has been shared by people to other people.

Social media platforms may be used to share an app, or the application may be shared directly via some blog or a website.

Number of shares indicates how valuable the application is in the audience’s eyes and the growth in the brand name.

Ratings of an app gives an idea as to how is the application working with the users, and what are their responses with regards to the application’s functionality.

Most people check the reviews of the apps before downloading it, so ratings are very important indicators of the app performance in the market.

Cost per acquisition is the amount spent to acquire a customer. The cost may include the advertisement costs, development costs, and operational costs.

This indicator is used to relate the profits that are generated by a user and is an important revenue metric.

Marketing prioritization can be subsequently done for the demographic that is more profitable and so on depending upon the requirements.

Customer lifetime value (LTV) is another revenue metric, which indicates the amount of revenue that can be generated by a user during their lifetime.

This indicator can be used to determine the value that different user segments generate and to make decisions accordingly.

To derive profit from a customer, the LTV should always be greater than the cost per acquisition (CPA).

The App market is being flooded by applications all the time which makes it a competitive market.

No matter how exclusive your application may seem to be, the probability of a tough competition is high.

It’s imperative therefore to quantify the situation and make decisions accordingly in order to maintain the growth and success of your mobile phone application.