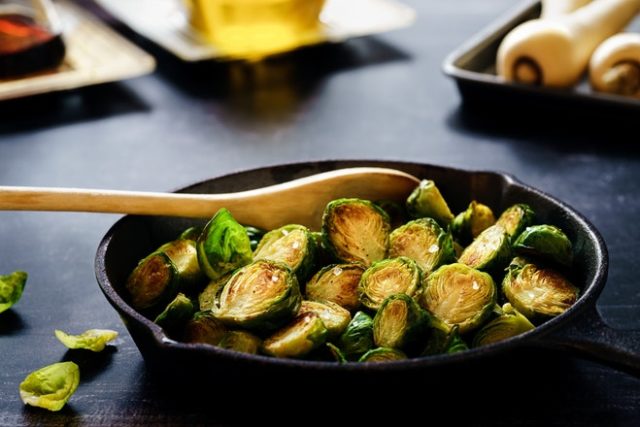 For all cooking lovers, cast iron cookware is a must-have in their kitchen. The vessels made from molten metals have incredible heat retention properties, thanks to which your food remains hot for a longer time. What’s more, they are more durable than any other cooking utensils. You may be surprised, but they have, actually, quite a long history. Their origins date back to around 680 in Asia, and they came into everyday use around 1180. When they reached Europe and the United States, they were first designed with handles or legs so that they could be easily used in the hearth of the fireplace where most dishes were cooked at that time. There had been no kitchen stoves invented yet. In the 19th century, when the range became finally popular, more legless, cooking pots and pans were being produced.

Today, cast iron cookware still has a wide spectrum of supporters, mainly because of its non-stick surface. However, choosing the best cast iron cookware may make your head spin. The range is, indeed, broad. You can choose from different types of vessels, like waffle irons, dutch ovens, frying pans, deep fryers, woks and many others. Among them, you can also distinguish both bare cast iron utensils and enamelled. But once you decide on the purchase of such a cast-iron skillet, you should know how to manage them since their bare version needs a slightly different treatment than any other commonly used cookware.

When you’ve just bought a new cast iron pan, the first thing you should do is wash it in hot soapy water with a strong detergent to remove any casting oils from the cookware’s surface. Some sources don’t recommend using soap with cast iron vessels. However, it’s not strictly true. Before your first use, a little soap and water is an excellent combination to get rid of any residue and rust. Then, it’s just enough to rinse the skillet and dry it. If you do it thoroughly, you won’t need to repeat this activity too often.

How to season your cast iron cookware

Maybe you haven’t heard about something like seasoning, but it’s a crucial part of taking care of your cast iron cookware. It’s done to protect your bare cast iron from rust and also to create a non-stick surface. But, before doing it for the first time, you should find out whether your vessel was pre-seasoned in the factory or not. If yes, you can wait for a while. But if not, then focus and follow these tips. Firstly, spread a layer of animal fat or vegetable oil on the surface of the pan. Next, place it upside down on the middle oven rack, setting the temperature at 180 degrees Celsius and leave it for an hour to drain. So as not to dirty your oven, put some foil under the pan, which will collect all fat droplets. When you make some acidic food, for example, tomato sauce in this cookware, remember to re-season your pan again after cooking since acids remove the seasoning.

What’s also essential, but many people forget about, is never to put a seasoned pan in a dishwasher since it can simply tear off its seasoning and even result in producing rust and damaging the whole pan.

How to care for your cast iron cookware

When it comes to cleaning your cast iron cookware, it’s also a little bit different than cleaning, for example, typical aluminium vessels. As you already know, it shouldn’t be washed in a dishwasher. So how can you clean it? There are various methods. One of them is not washing cast iron utensils at all. Sounds ridiculous? Maybe, but actually many chefs use this method. They sometimes also clean them with hot water and a stiff brush. Another approach is to wash such cookware only with mild soap and water, whereas others claim that you should use coarse salt and a paper towel. So, no matter what way you choose, stick to it and be consistent.

How to store your cast iron cookware

Storing cast iron cookware also plays a crucial role in taking care of it. The first rule is not to store food in cast iron for a long time. Why? Because simply it’s bad both for your pan and food. Secondly, after using the skillet, always check whether it’s dry enough. Only then can you return it to its place. If you stack many pans together, it’s good to put a single paper towel between them. It absorbs any moisture and also protects your pan’s surface.

Talking about cast iron and its benefits, you should know any potential harm that it may entail. According to an American Dietetic Association, it may leach a significant amount of iron into food. Of course, it depends on many factors, such as the type of food, its degree of acidity, the time of cooking etc. Therefore, everyone should take seasoning very seriously as it significantly reduces food interaction with iron. Whereas these little amounts of metal can be beneficial for people with iron deficiencies, those with iron overload should be very careful while using this type of cookware.

To conclude, you can see that cast iron requires much more care than any other cookware. However, in the long run, it’s profitable to have at least one cast-iron frying pan in your kitchen, which will certainly brighten your cooking experience.