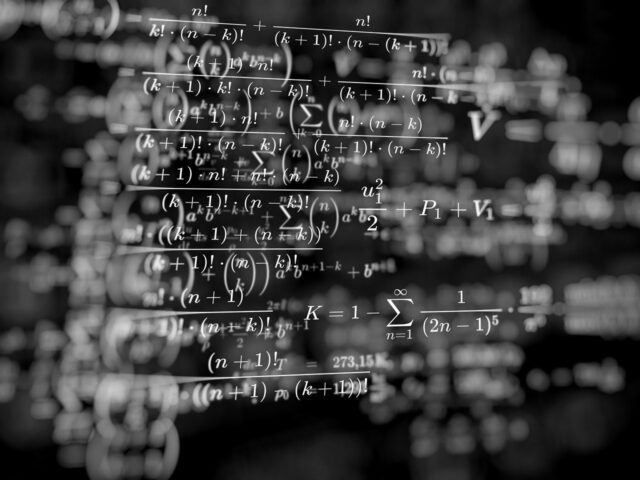 The Binomial Theorem, also known as binomial expansion, is used to describe the algebraic expansion of powers of a binomial. To understand it better, we will first understand what a binomial is, and how binomial theorem is a part of the everyday things we do in real life. A binomial in algebra is the sum of two monomials. The monomial is the simplest kind of polynomial that exists in mathematics.

Generally, a binomial may be written as: axm + bxn, where axm and bxn are monomials that sum up to create the binomials. Here, a and b are numbers, m and n are the non-negative distinct integers and x is a variable whose value is not fixed.

Now, what is the binomial theorem? How is it useful in real-life applications? We will discuss all these in detail here.

The binomial theorem is the algebraic expansion of the powers of a binomial. In easy terms when you expand a polynomial (x+y)n, it can be represented into a sum of individual terms of the form axbyc. Let us expand one over self.

So what are the benefits of using binomial theorem? It is really good at helping us predict stuff. Whether it’s numbers or patterns, we can use it to make accurate estimates, and that is mainly what boosts this mathematical concept into so many industries.

Here are some important points about binomial theorem that you might want to keep in your mind:

Here are some formulas which will come in handy if you want to apply binomial theorem yourself:

Real-Life Applications of the Binomial Theorem

Some exceptional no-use cases seem impossible without this simple theorem, such as the field of computing and automatic distribution of IP addresses for computer networking. The other fields which are really dependent on the binomial theorem are the fields of economic prediction – economists around the globe use the binomial theorem to predict the growth of a country, company and other businesses for the next few years. Let us discuss all of them in detail.

The impact of the economy can be calculated using the mathematical theorem of binomial and a real-life example of this is the US economy which runs a large part of the economy based on probabilistic analysis. The use of the binomial theorem helps in predicting the way the economy of a country will behave in the near future. It has a really strong value in terms of creating realistic economic predictions.

This analysis can also be termed as Economic Forecasting as we are predicting the future state of the economy based on the current data and insights we have about it.

The binomial theorem is used in the calculation and higher mathematics to solve highly complex and nearly impossible calculations. Many of the equations, laws, and theories suggested by Sir Albert Einstein used a lot of binomial theorems. If you want to put in the use of Binomial Theorem in advanced scenarios your current knowledge of mathematics might just not be enough or if you are already willing to learn about higher mathematics, the concepts of this theorem will be really useful for doing any sort of research or mathematical analysis and projects.

It can be used in weather forecasting services. It plays a significant role in predicting and analyzing weather patterns. Using the existing data, we can use it for further predicting the weather in the coming days or even weeks. This has had a significant effect on our life if we think about it. We don’t usually go out for trips if the weather forecast says it rains, which shows how crucial such concepts are in our daily life without us even realizing or thinking about it.

The binomial theorem can also be used in the prediction of upcoming disasters. This can be life-saving and is essential for our daily life. We can prevent the lives of a number of people from disasters like tsunamis, cyclones, etc.

When you give any exam and wait to get those results out so that you can get into that college of your choice or get that scholarship for your research, the scores and ranks are calculated using the binomial theorem.

The various nation rankings we get based on different indexes are also calculated using the binomial theorem. So, the next time you see ranking based upon certain measures or parameters you can be certainly sure that it has use of the binomial theorem in it.

The random generation and distribution of IP addresses to an ever-increasing number of electronic devices, which are now expanding exponentially in the past decade thanks to the boom in industries such as the Internet of Things (IoT), can be easily done using the power of binomial theorem. Not only that, but you can also automate it to compute its own time and cost to complete a pending project. This method is called variable subnetting, and it is thoroughly used in the field.

The binomial theorem is of great use in Architectural Space. It allows Engineers to calculate and estimate the various magnitudes which make their work a lot easier and it also has a positive impact on costs which would be rather high had it not been for the method of binomial theorem. This results in a faster construction workflow and the contractors have a bigger margin of profit due to the minimization of costs.

Due to its accurate prediction capabilities, the binomial theorem also shines in the finance sector. It is really helpful in the sense that it assists with the calculation of interest that will be received after a span of several years at a certain interest rate on a sum of money. This is useful when it comes to the banking sector, where such operations are a daily thing and need to be done regularly.

Suppose you want to calculate the growth of population in a certain country over some time, like 10-15 years. In that case, if you have an idea of the population growth rate, you can calculate the estimated population in the years ahead and figure out the schemes and steps which should be taken to suffice the needs of the people. Plus, with its application in the economic sector, it turns out to be a really handy tool in the whole process of development.

One major field in which the theorem plays a crucial role is probability. The concept is called binomial probability, and it helps us in finding the probability of x successes in n repeated trials which has two possible outcomes: like the probability of tails 7 times when you toss a coin 15 times.

As you can see, a simple high-school mathematical concept has such a high value. You can use the binomial theorem in numerous ways due to its ease of use and understandability, whether it is for making predictions in the economy or forecasting of weather which you probably see on a daily basis on your media consumption devices. It can be a prediction of a tsunami hitting a city, and the government can clear out that area so that no one gets hurt in the disaster. The wide range of its usage suggests that it is a must to get a grip of this theorem if you want to learn about higher mathematics or physics.

You might be using it in your daily life without even realizing that it’s an application of a mathematical concept – or maybe you would want to learn more about it after knowing its applications and might want to put it to work yourself.

Check out more about this on Fun Math Games at Cuemath.