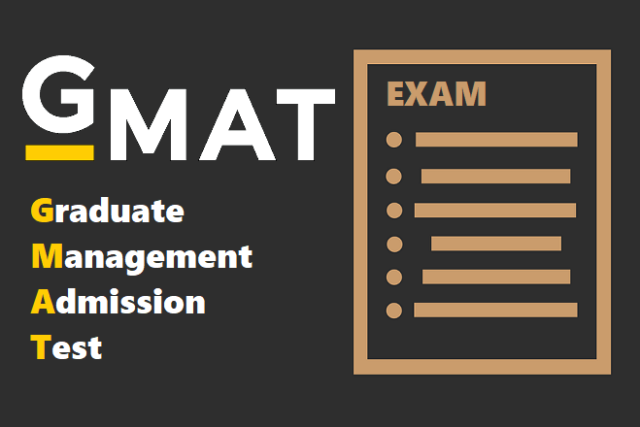 Finishing your time in undergrad is exciting; however, it’s also a time to ponder over your next leap in academia. Many students choose to continue their education. Suppose you plan on a master’s degree in business administration. In that case, you have a next assignment to prepare for—the Graduate Management Admission Test (GMAT).

GMAT is conducted by the Graduate Management Admission Council (GMAC), which tries its best to challenge the candidate on multiple fronts. It is not an easy exam. Of the 200,000 candidates who take the exam annually, less than 10 percent achieve a 700—the most widely accepted figure for a good GMAT score.

Even with a score of 700, you can’t get into a top school like Stanford, where the average qualifying score is 733 (out of 800), which corresponds to a percentile score of 96 percent. In other words, you need to be in the top 4 percent to get into Stanford. This is why you want to prepare to the best of your ability going into the GMAT exam.

A Refresher on the GMAT

Two of the sections are Computer Adaptive Tests (CATs): Verbal Reasoning and Quantitative Reasoning. What does that mean? A CAT uses a computer algorithm to tailor the test to the ability of the candidate in real-time. If you answer a question correctly, the next question will be harder.

If your answer is incorrect, the next question will be easier. This cat-and-mouse procedure continues through the entire section, at the end of which your score is determined based on how easy or hard the set of questions the test walked you through was. Two candidates with the same number of incorrect answers might have very different percentile scores if one candidate messed up easy questions while the other candidate made mistakes only with more challenging questions.

You Can Only Take the GMAT So Many Times

GMAC gives you eight attempts at the GMAT. The eight-attempt limit is a fairly new rule that came into effect in 2016. Earlier, there was no upper limit on the number of attempts. You can pack multiple GMAT attempts in a single year.

In 12 months counted on a rolling basis, you can take the exam up to five times. The minimum gap between two consecutive attempts is 16 days. Each time you take the GMAT exam, GMAC deducts one from your eight attempts.

The GMAT is administered multiple times throughout the year. Therefore, you should enroll early so that you can choose among GMAT test dates that work best for you. Each attempt entails a cost of $275, and your GMAT score is good for five years.

Do Not Waste Your Chances

At this stage, you have a good idea of the GMAT and how daunting it can be to come out with a sterling score. To aim for the score you need to get into business school, you must work with many GMAT sample question papers and any other reference material you find helpful. Practice until you start hitting target scores consistently and in the time limits corresponding to the actual GMAT format.

GMAT preparation is an extended exercise spanning an average of 100 hours. So shift into high gear right away and start preparing for the actual test. You don’t want to miss out on the score you need, nor do you want to waste time or money on more attempts down the road.