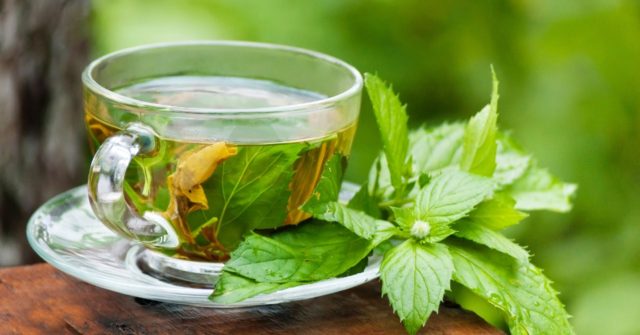 Green tea is one of the world’s finest teas you can use to improve your overall health and wellness. It is made from the leaves of Camellia Sinensis plant species and loaded with powerful biologically active compounds that are vital for your health. It is the most popular tea consumed by the Chinese and Japanese.

FIT YOUR HEALTH WITH DELICIOUS CUP OF GREEN TEA

Multiple studies and experiments have confirmed the important role green tea play in both prevention and healing of diseases. According to researchers, catechin is the most active compounds found in green tea said to be responsible for the health benefits. The other useful ingredients in green tea include caffeine, carotenoids, ascorbic acid, tocopherols and minerals. These ingredients will help fortify your immune system to be better able to fight and prevent diseases.

If you’re a tea lover, here are more surprising healthy reasons why you should start drinking green tea.

A research was conducted on 43 adults with Down’s Syndrome aged 16 to 34. They were randomly divided into two groups; one group was given epigallocatechin 3-gallate (EGCG) green tea extract while the other group received a placebo treatment for a year. After which 24 cognitive tests were used to examine their visual memory, the ability to perform the daily task, and the ability to control inhibitions.

Another experiment indicates that participants who were given a beverage containing green tea extract recorded improve concentration compared to the participants that drank other tea beverage. A study by the National Institute of Health shows that caffeine, the most active ingredient in green tea helps improve various features of the brain function. The L-theanine amino acid of green tea improves concentration.

Green tea has long been cited as a good medicine that helps protect the body against various types of cancer. A study by the University of Maryland Medical Center suggests that the predominant polyphenols in green tea may be responsible for the prevention of cancer.

The antioxidants in green tea can help slow down the aging process and make your skin to glow.

Ever wondered if there is something you can take to be younger age? This tea can help reverse your aging process and make you look younger again.

Green tea is naturally loaded with biologically active substances such as enzymes, vitamins, and nutrient that will improve your health. It has been reported that people who regularly drink green tea don’t usually come down with illness.

Polyphenols compound in green tea is powerful antioxidants that counteract the destructive effect of free radicals in the body. Free radicals are reactive elements that are generated by the body and it can cause a number of human diseases.

The proportions of people living with diabetes have increased worldwide. Studies have shown that consumption of green tea can help prevent diabetes from developing. A recent study indicates that adults who consumed six or more cups of green tea daily have normal blood sugar levels compared to those who consumed only one cup per week.

Green tea has been proven to prevent tooth decay and destroy bacteria that cause gum diseases. Researchers have also discovered that green tea decreases the risk of gum diseases.

Catechin is also a strong anti-inflammatory mediator such as chemokines, prostaglandins, and Tumor necrosis factor. Green tea has other medicinal properties that will help reduce the risk of several diseases and keep you healthy.