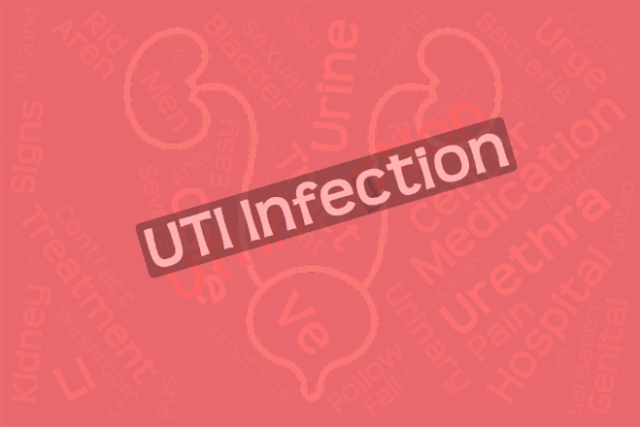 Feeling the urge to rush to the washroom even now? If you still have that urge even after a number of consecutive washroom trips, you may have to admit that you might have a urinary tract infection (UTI).

While UTIs do typically affect more women than men, there is still a chance for men to get this infection too. So no matter your gender, you should keep a close eye on your condition. For all you know, you could very well be dealing with a UTI.

But how do you get rid of this infection and its agonizing sensation?

The best way to do this is by informing yourself. Many people go about their lives without realizing that they have a UTI, and this can lead to an unwanted consequence, where the infection spreads from the urinary tract to the kidneys and then eventually to the bloodstream. But if you know enough about UTIs, you can avoid this dilemma.

So, read on to learn more about UTIs and how you can treat them!

The best place to start building up your UTI knowledge is to define what a UTI is, the signs and symptoms you should look for, and the most common causes you should avoid.

To determine if you have any sort of UTI at all, you need to look for any signs and symptoms. The most common ones include the following:

But how did these signs and symptoms come about in the first place? After all, like most people, you do your best to stay clean and healthy, right?

UTIs can also be caused by infections from sexually transmitted diseases (STDs) like Chlamydia or gonorrhea.

It is important to note, however, that UTIs aren’t STDs. They aren’t contagious, so they don’t spread from person to person like STDs. But they can come from or worsen from sexual activities or anything else that brings bacteria into contact with your urethra.

But you’re probably more often to get a UTI from the following:

Now that you know more about UTIs, you’ll have a better chance of determining if you have one. However, you’ll still want a professional to confirm your suspicions. So you should make plans to visit a doctor for a thorough check-up.

After your UTI diagnosis has been confirmed, it’s time to start considering how you should treat it. But your treatment will depend on the severity of your infection.

If you end up with an uncomplicated, simple UTI, the first and only treatment you’ll probably need to consider is antibiotic medication like Macrodantin® (nitrofurantoin). It should clear up your infection effectively within a few days.

Of course, if your UTI is causing enough pain, the doctor may also prescribe you pain medication to numb your bladder and urethra.

All of which can add up when you’re in the United States, where prescription medications can be much more expensive than elsewhere. However, you can minimize the expense by shipping your medication through an international or Canada pharmacy referral service like Canada Med Pharmacy.

For a more severe UTI, you may have to consider hospital treatment. There, you’ll receive intravenous antibiotics and any other form of support you need from the health-care providers there.

Much like prescription medication in the United States, hospitalization can also be quite expensive. Luckily, you can still get the hospital care you need at a lower price. Just go to an urgent care center!

This center is open for those with urgent conditions, which do include UTIs. And it does so for cheaper and a shorter wait time than what you’d expect from a hospital.

Unfortunately, not all urgent care centers are the same! Some will run more like offsite emergency departments or like another section of a hospital. Both of which may make your costs expensive. So be sure to look up any urgent care centers you’re considering visiting.

Finding and receiving treatment may not be as easy as you wanted, but there are at least options out there for you. But now that you’ve had one UTI, you’re prone to getting more, so how can you manage the aftermath?

With your newfound UTI information and vigilance against future UTIs, you’ll be sure to avoid the worst of this aggravating infection!