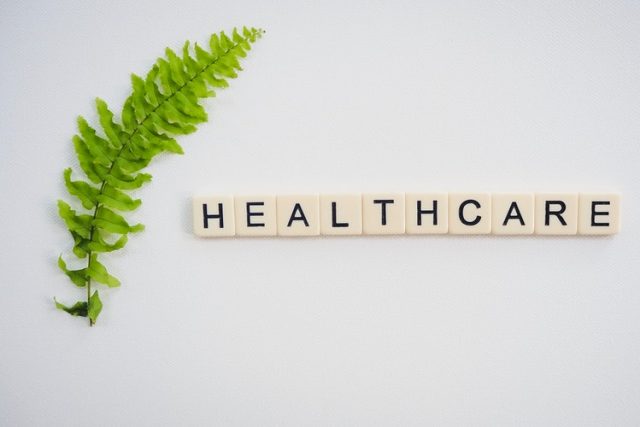 The World Health Organization (WHO) defines health as a state of complete physical, mental and social well-being and not merely the absence of disease or infirmity.

The healthcare industry is typically divided into two major sectors.

In recent years, there has been an increase in the number of people who have been diagnosed with chronic diseases such as diabetes and hypertension. This has led to an increase in demand for healthcare companies, which has caused costs to rise. In addition, advances in medical technology have led to more expensive treatments being developed for certain illnesses. This has also contributed to higher costs of healthcare services over time.

The healthcare industry is one of the most demanding industries in the world. It requires a lot of time, patience, and effort to take care of patients. The demand for healthcare services is increasing exponentially, and the population of people aged 65 and older is growing. With an ageing population, an increasing number of people are living with chronic diseases. The proportion of the population that is uninsured or underinsured has also been on the rise.

The world’s best healthcare systems are being challenged to meet these demands. Therefore, it is important for hospitals to have efficient systems that can help them with their work.

The United States has some of the best healthcare in the world. The country is a leader in medical research and has a high number of doctors per capita. The US healthcare system is also considered to be more expensive than most other countries, but this is because it offers a higher level of care to its citizens. They spend more on  health care per capita than any other country in the world yet it ranks 37th by the World Health Organization (WHO) in 2000.

This ranking is based on several factors, including quality of healthcare systems, access to healthcare, efficiency, and equity. One of the reasons why U.S ranks so low is that there are significant differences between what people with different income levels can afford to pay for health care services.

In general, wealthy countries have better healthcare than poorer countries because they can afford it. In the case of Costa Rica, for example, there are few doctors and hospitals, so people have to travel out of their country for treatment.

The World Health Organization (WHO) released a report in 2000 on the best healthcare in the world. The report analyzed health care systems of 191 countries and ranked them on six criteria:

What country has the best healthcare in the world?

According to the World Health Organization, the top ten countries with the best healthcare in the world are listed below, with France topping the list.

France has a healthcare system that is public and universal. The system is funded by payroll taxes, social security contributions, other government revenue, and out-of-pocket payments. The French healthcare system ranks high in the World Health Organization’s ranking of countries with the best health care systems. France is also considered as the healthiest country in the world.

The French healthcare system is one of the most efficient and best-performing among developed countries. France has a universal healthcare system that covers all citizens and residents in France, regardless of their income or social status.

France’s healthcare system operates on a decentralized basis, meaning that there are no specific hospitals or clinics that are designated as regional centers for all types of care. Instead, patients have access to local health centers which provide general care and specialist advice from doctors who work there part-time, as well as from visiting specialists who may come from elsewhere to cover for them when they are absent.

France has been a pioneer in technology and this is seen in the healthcare sector as well. The country has been using AI to help diagnose breast cancer for over a decade now, and it is now one of the few countries that have an AI-powered medical device. France also employs artificial intelligence to help with cancer research, prevention, and treatment.

Italy has a public health care system that is considered to be one of the best in the world. The Italian public healthcare system is organized on a national level and it is financed by taxes.

The Italian healthcare system provides universal coverage for all citizens and it can be accessed at any point in time. In Italy, all hospitals are run by the government and they are free to use for everyone. However, there are some private hospitals as well which provide better services than the public ones but they charge a fee. In Italy, most people don’t have any kind of health insurance or private health care plan because this service is provided by the government for free.

Italy’s healthcare system is ranked as one of the best in the world. But it has been struggling to keep up with the changes in technology. The country has been slow to adopt new technologies, which may be a contributing factor to why Italy ranks low on the list of countries with the most doctors per capita.

San Marino is a small country in Europe with a population of less than thirty thousand people. The country is known for its low crime rates, high quality of life, and excellent healthcare system.

The San Marino healthcare system is funded by the state and it covers all citizens. There are no private healthcare providers in the country and there are no insurance companies either. The San Marino Healthcare System is based on the principles of universal access to health care, solidarity, and equity. The government ensures that every citizen has access to quality healthcare services regardless of their income or social status.

San Marino’s healthcare system is one of the most efficient in the world. They have a very low infant mortality rate, and they are ranked as one of the healthiest countries in the world with life expectancy rates that are higher than average.

The country ranks high on many international rankings for quality of life, including education, economic stability, and healthcare.

Andorra is a small country located in the Pyrenees Mountains. It is a landlocked country and shares its borders with France and Spain. The population of the country is about 85,000. Andorra’s healthcare system has been ranked as one of the best in Europe. Healthcare coverage for all citizens is provided by public institutions, namely, Social Security Health Service (SSHS) and General Council Health Service (CGSS).

The healthcare system in Andorra is a combination of private and public. The public sector provides basic healthcare while the private sector offers higher quality services. Healthcare is free for citizens and visitors alike, but there are charges for some medical treatments.

The country’s population is small, so it does not have many hospitals or doctors. However, this doesn’t seem to be an issue because most people get their care from private clinics that are more easily accessible than public hospitals.

Doctors in Andorra are highly trained and they have access to new technologies that help them diagnose patients more accurately than ever before.

Malta has a rich history of healthcare and medical innovations.

The country has been able to provide quality healthcare services for all of its citizens. Malta’s healthcare is available to everyone and they have a strong government-funded health care system.

The health care system in Malta is of a mixed public and private type. The government provides for all the basic needs of the population, but people are free to buy additional coverage from private providers.

Maltese healthcare is characterized by an extensive welfare state, with a national health service that covers all Maltese residents.

Singapore’s healthcare system is ranked as one of the best in the world. It offers a wide range of treatments and services, and it caters to people from all walks of life.

The Ministry of Health (MOH) is the government body that oversees healthcare in Singapore. It also sets guidelines for how hospitals, clinical and medical laboratories should be run, and what they should offer. The MOH ensures that hospitals provide quality care by monitoring their performance through regular audits, inspections, and checks on their facilities.

The country has a robust system of public healthcare which provides subsidies for those who cannot afford it.

Public healthcare in Singapore is funded by the government, which pays for the bulk of the cost. There are also private hospitals and clinics that provide higher-quality care at a higher cost.

The Spanish healthcare system is a universal public service meaning that it does not matter what your economic, social or family status is, you will be covered by it. The Spanish healthcare system also has a great record on prevention and promoting healthy lifestyles, which is why they have lower rates of obesity than most other European countries.

It has been ranked as having some of the highest standards for patient safety in Europe. The care given by doctors and nurses is excellent and there are many training opportunities available to them through their careers.

The government provides healthcare for all citizens at no cost to them as long as they are registered with the Ministry of Health or have a valid residency permit in Oman. Citizens can also choose to buy private health insurance if they want to be treated at private hospitals or clinics instead.

Healthcare in Austria is a universal system. It covers the entire population and is financed through taxation and social insurance contributions.

Austria has a long history of providing universal health care. Their clinical and medical laboratories are considered to be of standard. Healthcare in Austria is a universal system. It covers the entire population and is financed through taxation and social insurance contributions.

The Austrian health care system can be divided into three parts: Public Healthcare, private healthcare, and medical care for foreigners.

Japan has the highest life expectancy in the world. It is also one of the few developed countries where people live longer than 80 years on average. The Japanese healthcare system is one of the most efficient and well-developed in the world.

The Japanese healthcare system is based on universal health insurance, which means that all people are covered for medical care under one system. The government pays for most of this care, but some services require co-payments from patients.

Although there is no current official review of the best healthcare in the world, it is worthy to note that the healthcare systems in many countries have greatly improved. This can be attributed to the surge of Covid-19 that rampaged most countries.

10 Different Types of Kitchen Knives and Their Uses