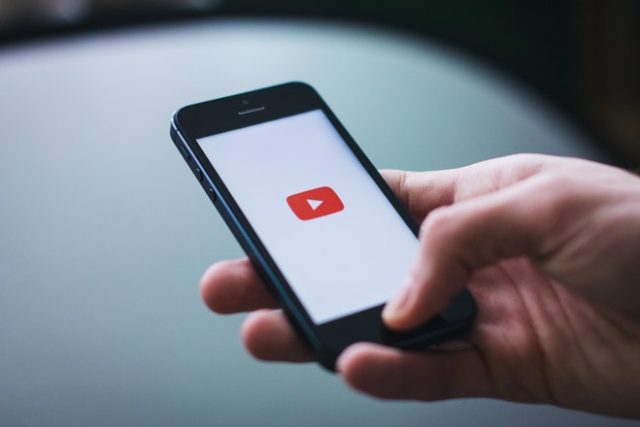 YouTube is the world’s second-largest search engine behind Google. People upload thousands of video hours every minute, making it one of the best platforms to communicate with a global audience. That makes YouTube an excellent place to promote programs, offer information, and learn more things.

Here are top 10 best YouTube channels that will show you why it is such a great information and knowledge gaining platform for different users worldwide.

With over 19.5 million subscribers, National Geographic inspires people to take care of the planet while showing off the amazing things it has to offer. This YouTube channel is the premium destination for exploration, science, and adventure, with content created by world-class photographers, filmmakers, journalists, and scientists. Their content brings you close to all the stories that matter about our planet, with viewers expressing a high level of confidence in the channel.

If you want to know how to buy cryptocurrency in South Africa and all the latest trends in the industry, it helps to do some research or have a crash course on investing in digital currencies. Coin Bureau is among the best informational portals to the crypto galaxy, taking you into the epic journey into this market. As a result, the channel has managed to gather a loyal following of over 1.9 million subscribers and more than 117 million views on their YouTube videos.

If you’re struggling to understand a particular subject or want to start learning new academic subjects, then Crash Course is your go-to YouTube channel. The educational channel was launched by the Green brothers (Hank and John Green), who first became noticed on YouTube thanks to their Vlogbrothers channel.

Crash Course is among the 100 initial YouTube channels funded by the platform’s $100 million original channel movement and it has gained over 13 million subscribers since 2006. Today, the channel features over 32 courses in a wide variety of topics, including literature, organic chemistry, biology, theater ecology, philosophy, and more.

Scishow is yet another YouTube channel that features Hank Green in lots of helpful science-related videos. The channel explores the unexpected all week long, with Hank, Michael Aranda, Stefan Chin, and Rose Bear hosting the scientific subjects that make viewers more curious. Today, the channel has over 1.49 billion views from their channel and more than 6.96 million subscribers.

Billing itself as the channel that brings you an element of the truth, Veritasium was created by Dr. Derek Muller, an Australian-Canadian filmmaker, science communicator, inventor, and television personality. This science channel has over 11 million subscribers and over 1.5 billion views, with videos featuring education, science, and other interesting topics.

Owned by Vox Media, the Vox YouTube channel is an American opinion and news platform launched in 2014 by Melissa Bell, Ezra Klein, and Matt Yglesias. The YouTube channel cuts through the news industry’s noise and helps you understand what’s driving headline events every day. The channel has over 10 million subscribers, with 1300+ videos watched by over 2.7 billion educators, students, and policymakers in over 240 countries worldwide.

Run by a non-profit organization, the Khan Academy is a YouTube channel whose mission is to offer free word-class education for learners anywhere in the world. The channel’s interactive videos, practice problems, and articles help students succeed in biology, chemistry, math, economics, history, grammar, finance, and other topics.

The Khan Academy also provides teachers with useful data to show how their students are performing, helping them identify the gaps in their learning curve and offering them tailored instruction. Teachers can also access personalized LSAT and SAT practice in collaboration with the Law School Admission Council and College Board.

With Nasa pioneering the future of space exploration, aeronautics research, and scientific discovery, their YouTube channel helps to share their latest universe explorations with the world. The channel has gathered over 9.8 million subscribers, with over 765 million views from their videos.

Language courses can be formulaic, boring, and unrealistic. However, Easy Languages is completely the opposite. This YouTube channel offers videos that teach you grammar, vocabulary, and other concepts that help you learn new languages using real conservations featuring people on the streets.

Easy Languages have videos for almost every language you’d like to learn and the channel adds new content regularly. That explains why this non-profit project has over 1.14 million subscribers and more than 140 million views from their videos.

Are you curious about the latest smartphones and other consumer gadgets featuring cutting-edge technology? Unbox Therapy is the YouTube channel for you. The channel has over 18 million subscribers, who enjoy watching products getting naked as soon as they’re officially launched by the manufacturer. The presenter, Lewis Hilsenteger takes out the items from their packages on camera and reviews them based on the first impressions. Lewis also discusses specs, announces limited gadget deals, and tackles DIY projects.