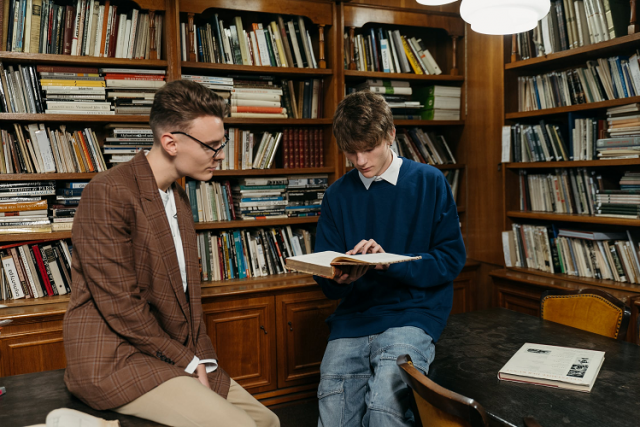 While some people proudly call themselves feminists, others hesitate. The reason for this is that these people don’t really know the true meaning of feminism. Simply put, feminism is the belief in the equality of the sexes.

If it makes you feel that it is something you believe in or you would want to explore deeper and write essays for school about feminism, the best thing you is to explore reading resources for this popular subject.

Let’s take a look at the most popular American feminist literature you can refer to.

1A Vindication of the Rights of Woman by Mary Wollstonecraft

This is a one of the most popular works when it comes to books related to feminism wherein the author made the argument that women need to have the same rights as the men. This includes education, which was pretty controversial in the year 1792.

The attitudes and opinions of Wollstonecraft about the roles of women in society may seem conservative if you compare them to today’s standards. This is an interesting stance you can take if you want to write about how feminism has changed in the past.

American writer Charlotte Perkins Gilman is at her best in The Yellow Wallpaper, a powerful short story that came out in 1892. Critics and fans regard the story as one of the best and important American feminist literatures at the turn of the 19th century. The psychological breakdown the main character faces in the story, mainly due to the rest-cure forced upon by her husband to treat her nervous breakdown-related depression, is quite moving.

The story depicts the life of a woman around the 1900s in a very powerful manner. The story is in first person, and the wallpaper that the title refers to is in her room, where her husband confines her to cure her hysterical tendencies. The Yellow Wallpaper essay topics can give you plenty of ideas to come up with a unique essay. You can then analyze the story again and decide a topic for yourself or simply use the idea from one of the topics on Paperap website.

3The Handmaid’s Tale by Margaret Atwood

This novel has set the standard for fiction about feminism. It’s so good that it has transformed into a popular TV series. It is about a woman named Offred, a member of the female servant class designated to be part of breeding stock by an oppressive new future society to replenish their diminishing population.

The dystopian novel serves as a grim reminder of what society often considers a woman’s worth, especially at a time when women’s reproductive rights were politically contentious.

4A Room of One’s Own by Virginia Woolf

Virginia Woolf is considered one of the first truly American feminist and most controversial personalities of the 20th century. This extended essay came out in the year 1929. It challenged the existing literary criticism of the time that claimed that women were inherently lesser creators and writers simply because they were women.

Woolf placed blame on the systemic economic and education failures that stifled the women writers of her time. While many expected Woolf’s opinions to lose potency over the years, her incisive and clever perspective remains intact until today.

5The Mercies by Kiran Millwood Hargrave

The setting of this book is the remote island of Vardø in Norway. Maren is a young woman who watches the island’s men go fishing. In an instant, the men are killed and the island became a place only for women.

Eighteen months later, a sinister person arrives named Absalom Cornet. He is with Ursa, his wife. While the couple stays in their new home with Maren as their companion, Ursa discovers something that she could not have imagined – to be an independent woman.

From there, things get interesting as the husband and wife clash because of their perspectives. If you aspire to become an independent woman or you enjoy stories about women who don’t rely on men for their happiness, this is an excellent book for you to read.

6The Madwoman in the Attic by Sandra Gilbert and Susan Gubar

Anyone with a degree in English should know Susan Gubar and Sandra Gilbert’s work related to feminist literary criticism. This piece is centered on how women are usually portrayed in the novels of the 19th century.

The pair applies a feminist perspective to how female characters are often treated, particularly in the story, “Madwoman in the Attic” with the imprisoned wife of Mr. Rochester, Bertha.

7Little Women by Louisa May Alcott

Here’s a widely-acclaimed and a popular novel that focuses on the story of 4 sisters named Beth, Jo, Amy, and Meg in the year 1868. The author didn’t intend it to become a American feminist book but it has won the minds and hearts of many since its release.

In the film adaptation back in the year 2019, received a fresh feminist twist as its director, showed how the loving, unconventional, and bold Alcott sisters can teach us different ways to be women.

Feminism doesn’t simply aspire for equality. It’s a vast collection of political movements, moral philosophies, and social theories. To understand American Feminist Literature concept, reading these literary pieces on feminism will be of great help. Then if you need to write an essay about the topic, you will know exactly what to say!