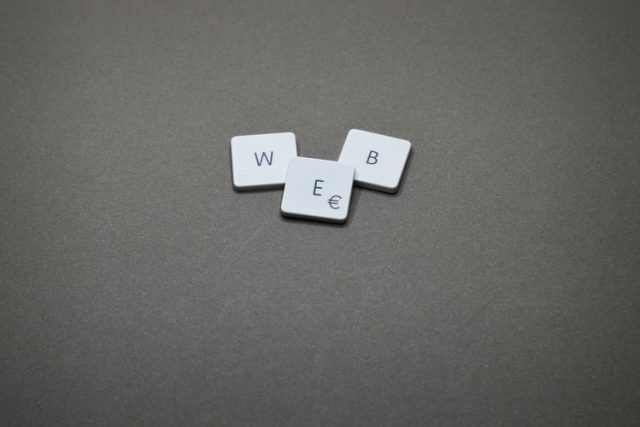 Web 3.0 is the next major iteration of modern websites. Remember how the World Wide Web evolved from its predecessor, hypertext? Now, the internet is making leaps and bounds down a similar path, with various defining features already emerging onto the scene.

Web 3.0 will change everything for everyone who uses the internet, whether they are aware of it or not. It’s an evolution of the web that will impact many aspects of our lives, from social media to transportation and everything in between.

It won’t occur overnight, or even by next year. It is a long-term plan requiring years, possibly decades at the least, to be completely realized. Yet even now, you can see its beginnings taking shape.

The following article will give you comprehensive knowledge about Web 3.0 so that you can make your future strong.

Web 3.0 is a term used to describe the next stage in the evolution of the World Wide Web. It refers to a decentralized internet where users have more control over their data and its use. Web 3.0 is also known as the “Internet of Value” because it enables value exchange between parties without needing a third party.

Moreover, Web 3.0 is also designed to be more privacy-friendly and secure than the current web. It will use distributed ledger technology (DLT) to manage data transparently and securely.

The first stage of the evolution was the creation of websites and pages that anyone could access with a computer and an internet connection. It led to a trend in which large corporations ran websites, and users began to rely on these third parties because they provided a convenient way of sharing information.

In the second stage, internet users could gather their data from different sources using APIs (Application Programming Interfaces). However, this put strain on small businesses as they had no control over privacy issues or how users’ data was used.

Now, we are at the third stage where user-friendly decentralized apps that allow peer-to-peer interactions without going through a third party have become available.

Additionally, blockchain technology is being used to create secure and transparent records of transactions. It also helps in authenticating identities and establishing trust between two parties.

Web 3.0 has the potential to change the world in several ways. Here are some of the essential benefits of Web 3.0.

Web 3 can take different forms, but a necessary form is blockchain technology. Blockchain is a decentralized system that uses complex algorithms to record transactions and verify each transaction using cryptography. All information on the blockchain is transparent and cannot be changed or tampered with by anyone.

Many cryptocurrency platforms such as Bitcoin and Ethereum use blockchain technology. It makes it ideal for recording transactions involving sensitive data, such as financial transactions and health records. It helps users make secure online transactions without needing a third-party mediator such as a bank or cryptocurrency exchange.

Other Web 3.0 include Wolfram Alpha and Siri, which are intelligent web services that use data stored on their centralized servers to answer questions and provide information. However, unlike these traditional web services, most Web 3.0 applications require users to hold data using decentralized apps (Dapps) instead of third-party servers.

How Web 3.0 could make the internet free again

Freedoms and digital rights online are complicated topics. They differ worldwide, with some citizens seeing no restrictions on online activities. However, it is not the same for everyone. The instances of internet blackouts, misuse of information, or unnecessary surveillance seem invasive to many people. And, in a way, Web 3.0 might just be the thing we need.

As most know, internet users try various tricks to gain more power online. They might delete Facebook accounts or ditch Google for a more privacy-focused alternative. After all, internet privacy is a combination of efforts.

For instance, millions of people use a VPN app to hide their internet activities from online entities, especially their ISPs. The latter companies can monetize their data, and traffic encryption helps clients hide information about their browsing habits. As a result, Virtual Private Networks are services that help keep users’ internet experiences more private and safer.

After all, Web 3.0 promises more control to the user and might mean more competition between internet firms. Knowing that ISPs tend to dominate in certain areas, users must choose them as there are no alternatives. More rivalry would mean that users would have a choice, and companies would feel an obligation to provide better services.

Thus, Web 3.0 is a new way of doing things online where users have more control over their data and transactions are transparent, secure, and efficient. While it is still early, several applications already use Web 3.0 features, such as blockchain technology. Soon, we can expect to witness more applications.