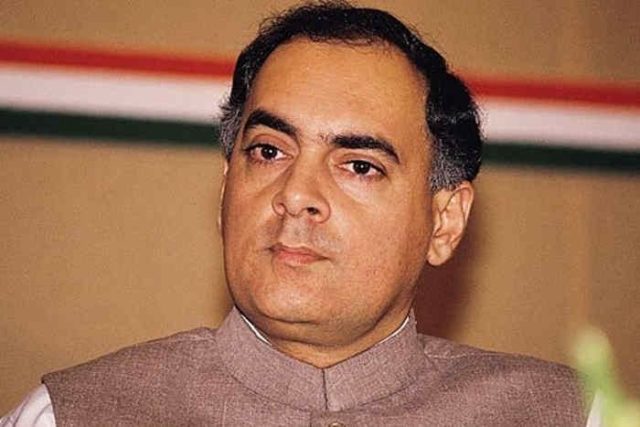 In today’s political scenario, we can easily see the leaders from different parties fighting with each other, making false accusations, trying to destroy one another image to gain the vote bank. A lot of people believe that Indian political architecture has always been like that where people are just trying got gain power by crushing others. But, if we take a look in our history, we will find that Indian former Prime Minister Rajiv Gandhi was above all these dirty politics and he helped the leader of his primary opposition party in hard times.

The incident we are talking about dates two and a half decades ago when Rajiv Gandhi was Prime minister of India. At that time and till now, the greatest and strongest political rival of Congress is Bhartiya Janta Party (BJP). At that time, Atal Bihari Vajpayee was the leader or BJP. Sadly, we lost Atal Bihari Vajpayee few months ago. In an old interview with senior journalist Karan Thapar, Vajpayee mentioned that he is alive today due to former prime minister Rajiv Gandhi.

Such statements coming in favor of opposition party member draw the attention of media and prominent party members. To put light on the fact how Rajiv Gandhi saved his life, Atal Bihari Vajpayee disclosed that he was able to get treated abroad due to efforts of Rajiv Gandhi.

Vajpayee was suffering from severe kidney related problem at that time that needed advance treatment which was not available in the Nation. Rajiv Gandhi somehow found this. He called Vajpayee to his office one day and told him that he will be a part of India’s delegation to UN. As the delegation has to visit New York, it made possible for Vajpayee to get the necessary treatment which in turn saved his life.

After returning back to India, no one mentioned this to anyone and continue with their roles as leaders of rival parties in public life. Such huge act of generosity is not expected by any India politician in today’s political situation.

Even though this matter was not disclosed for a very long time, Atal Bihari Vajpayee sent a postcard to Rajiv Gandhi to thank him for support to help him get a proper treatment which saved his life. Although it is very sad that Rajeev Gandhi was assassinated in 1991 by a bomb explosion.

Vajpayee expressed his grief on the death of such great leader of the country and the person who put human values above the political differences. If we look at the current leaders of Congress and BJP, we can only see them fighting against each other. The BJP party leaders and other supporters left no stone unturned to demolish the image of Congress President Rahul Gandhi and the party itself by holding Congress responsible for the corruption, fuel hike, reduced GDP and other problems that are destroying the nation. What the failed to realize that Congress leaders had given their life to take this nation to new heights of development while securing the future of its citizens.