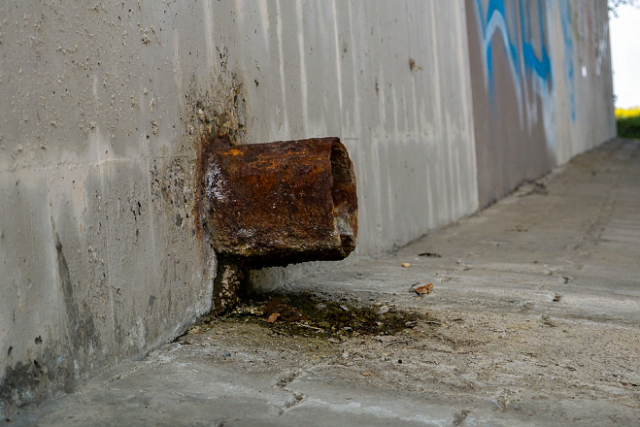 People who have their homes built in the 1990s must of course be having the infrastructure to be quite outdated. Well, the equipment and materials that were used for building those homes were of course susceptible to a different range of issues. If the owner has the home built around 20 years ago then probably the pipes of cast iron must have been installed instead of the regular PVC ones.

There is nothing wrong with cast iron pipes back them but now they are more susceptible to rust and damage. That is why it is important to know when is the right time to replace cast iron sewer pipe.

Before an expert plumber is hired to replace a cast iron sewer pipe, it is important to understand exactly what the root problem is. Usually, such types of pipes were in wide use for the plumbing infrastructure of the homes in America. Such pipes had gained popularity since they were quite durable and lasting too.

However, the materials that were used in such pipes were only limited to the sound of the water flowing. But today time has changed and now such pipes are not in use since there are much better alternatives.

Even if such an option was quite formidable in olden times but with plumbing advancement over some time now, it is time to replace such pipers and upgrade with a better one that is durable, low maintenance, and quality based.

Many people often don’t consider the replacement option for the cast iron pipes thinking it is a costly affair. But if it is not changing then there are high chances of it getting damaged. Such type of pipe was popularly used for sewage and water in the early 20th century for multiple reasons like:

But now the time has changed and advanced options have come up. If the cast iron pipes are changed on time with the best possible alternative it would reduce the risk of damages and even the expense of repairing that may come with the pipes getting older.

Initially, the old homes may look durable and study. But the expert plumbers have even stated that the internal system of the house could be on the verge of clasping. That is because the cast iron lifespan may have come to an end. It must have been caused by the wear and tear in the form of holes and cracks. However, the quality of the water, changes in the climate, and other soil factors also have limited the pipes’ lives.

If there is a yard that comes with large trees then it is better to be extra careful. Often, the regular growth of the underground tree root can even get mixed with the cast iron pipes. This would result in the risk of these pipes becoming weak and breaking down. That is the time when the outdated pipes need to be replaced. For this, a licensed plumber should be helpful.

2Leakage in the pipe

Leakages are quite a common problem however, there is nothing to be worried about if it is happening once or twice after quite a long time. But if it has become a common sign then chances are high that cast iron sewer pipes must have got damaged because of their contact with the sulfuric acid. At such time DIY options will not work and replacement is the only choice left.

If the tap water is opened occasionally and there is some change in the color then it is not right. Maybe in a rural area, the color of water could be brown and yellow which is quite common. But there are scenarios where the watercolor is a sign that shows the pipe is having issues. The corrosion and rust can create the pipes discoloration especially when it is installed for quite some time now. That is one possible sign to change the cast iron pipe

It is not always the ventilation stacks but also there could be possible sewer infrastructure that needs to be managed effectively. Once the cast iron pipe starts degrading, then the chances of noticing some cracks could be high. This eventually would result in an undesirable smell that could also be unhealthy. Often this could be a sign that the sewer pipe is being exposed to gases and the home environment might get disrupted. This situation can then turn more awkward especially if there are some guests arriving. That is why the problem should be handled early only.

Mold could be quite harmful to the overall health of the family. People with allergies, and asthma, or respiratory issues are likely to face more of such risk. Plumbing and mold can always be complex stories. Often mold types need some water intervention to grow in a steady manner. If there is a leakage in the iron pipe, it can be one reason that water is the source. This eventually would innovate mold production. That is why the cast iron pipe needs to be replaced on time before it gets too late.

Other than this, if there are sudden green patches noticed or are some structural foundations that got damaged, perhaps it is a sign to replace the cast iron sewer pipe. In any of the occurrences that are mentioned above, negligence is not the option. Rather, it is important to speak with an expert plumber who can take care of it all. There are so many different types of expert plumbers available in the budget. However, experience, expertise, and knowledge about such pipes are also important.