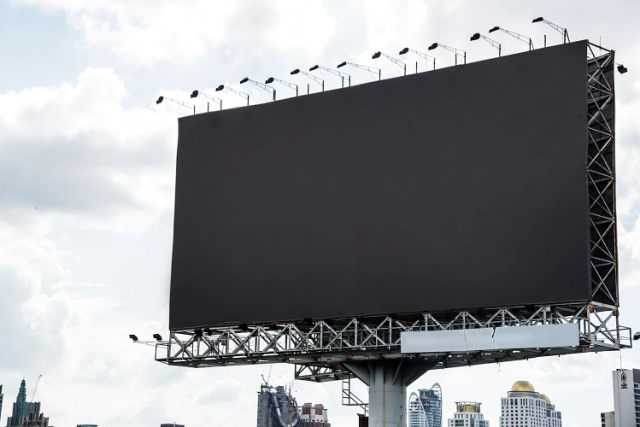 When it comes to marketing and advertising plans, one of the biggest questions among business owners is whether to use billboards or not. Detroit billboards have been successful in attracting all kinds of business to various companies, but there are some pros and cons of using these kinds of advertising tools. It really all comes down to your business’ goals and message.

Billboards are a very particular type of ad, and not all campaigns are necessarily going to do well in this format. Billboards are an American staple when it comes to the advertising game, and it makes sense that businesses would be attracted to the idea of purchasing one. However, there are some things one should take into consideration before making the push to do so.

To help understand the benefits and drawbacks of advertising on billboards, check out these six pros and cons to learn how they can help or harm your business.

Billboards are huge, there’s no question about it. Their sheer size is one of the pros of using a billboard. It puts your brand identity on a poster large enough to be seen by a huge number of people throughout any given day. That means your potential to reach a broad variety of customers increases quite a bit with a billboard placed in a popular location. They are large enough to observe for foot and vehicle traffic alike which means even more potential customers reached.

They also open up the possibility for location specific advertising. If your business has been trying to break into a particular area, a billboard can be a great way to attract a variety of attention to your business. This could also mean running special ad campaigns geared towards particular communities or regions which can be a great way to get local attention if done right. Make sure to do plenty of market research on what kinds of campaigns would do well for a Detroit billboard, for example.

Billboards aren’t cheap, but considering the potential return and weighing it against other advertising options, they are actually a fairly affordable option when it comes to outdoor advertising. Especially when you consider the broad reach you’ll be getting. Your return on investment is the important element here, and running a few single billboards may be a much cheaper option than renting a digital screen or purchasing ad space on TV or a website.

A big drawback of using billboards is that they are stationary. While they allow you to reach a broad variety of local customers, that’s about all you’ll get. Every bit of exposure will depend on where the billboard is located and how many people travel through that area on a given day. Some days it might be a lot, but others it might be very little especially considering inclement weather situations that lessen the amount of communities and visibility from the road.

In addition to them being stationary, they also don’t allow you target specific age or community demographics. Whoever passes by is who will see your ad, and it may or may not be someone that could become a potential customer. If your company typically gears towards a younger audience, billboards may not be the best place to meet those individuals and draw them into your business.

Another major con of billboards is the exposure time people get to your advertisement. With a well placed, quick slogan, this might not be an issue. But billboards with lots of text or hard to read phrases will only get a brief moment for the viewer to see it as they pass by on the highway. Again, with the right phrasing and right kind of ad this can also be seen as an advantage, but it’s something to consider when choosing whether a billboard is right for your company’s style of advertising. Visual striking ads with eye drawing colors are going to do the best with such a short period of exposure.

Billboards are one of the most commonly seen roadside advertising tools, and there’s no question that they are effective. They’ve continued to prove their potential in bringing new business in for companies, but how well they do depends entirely on the context of the situation. Where is the billboard going up? Is it an area that sees a lot of traffic? Is it likely that the area will see precipitation that affects visibility? These are all things to take into consideration when deciding whether a billboard will be a worthwhile addition for your business’ marketing plan.