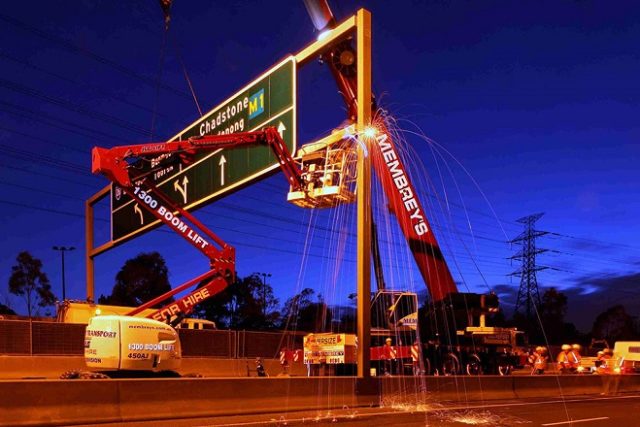 Cranes are essential and bulky equipment used to hoist heavy items, making them a key component across different industries including but not limited to construction, and manufacturing. They feature cables and pulleys that help you move the bulky item from one point to another with ease. Because of their effectiveness in making work easier, they’ve become the go-to equipment when looking to move an item horizontally and transport it to another location.

With that said, cranes can also be used for other less known uses. If you’re curious about other applications where this equipment is useful, you’re in luck. In this post, we’ll take you through different types of cranes used in projects you wouldn’t have imagined.

These cranes are also referred to as the port harbor crane or mobile harbor, and they’re used in the loading or unloading of ships in the seaports. The harbor crane boasts being one of the most powerful cranes. Despite that, it still is easy to use despite boasting superb flexibility. Because of this, the harbor crane makes it easy to move materials from one point to another without compromising on safety.

The carry deck crane features a spinning, telescopic boom positioned on a tiny and even platform with four wheels. These cranes are used in lifting materials across a site by raising and then placing them onto a deck. The carry deck cranes can comfortably carry a load that weighs between 4 to 10 tons.

Also called the suspended Crane, this Crane is usually a common sight in factories due to its ability to carry very bulky loads. These cranes are also used in huge outdoor manufacturing factories and shipyards. The overhead Crane usually has its hoist placed on the trolley, which enables it to move in the direction of the beam or two. It comes with beams that move in the trolley’s direction, either raised or at ground level tracks positioned on the assembly area sides.

It’s during the construction of very tall buildings that the climbing tower cranes are used. These cranes are usually positioned around the tower and gradually raised when the building being constructed keeps getting taller. They’re positioned at the structure’s base and raised once the floors are cast and cured or after every two floors.

Once the building’s first four floors are in place, self-adjusting collars and wedges are positioned around the building to transfer the load onto the floors. This is crucial in providing the much-needed stability and alleviates a possible accident. After the work has been finished, this Crane gets disassembled in sections.

These cranes look identical to helicopters, and hence why there are also called Sky cranes. Aerial cranes are used in accessing areas that are hard to reach by land and usually carry heavy loads. Moreover, they’re used in rescue operations following a disaster that has reached a place by land impossible. These cranes do a great job lifting different items within their capacity, including pre-made swimming pools, cars, and boats. Aerial also cranes can be used in lifting heavy loads to tall high-rise buildings.