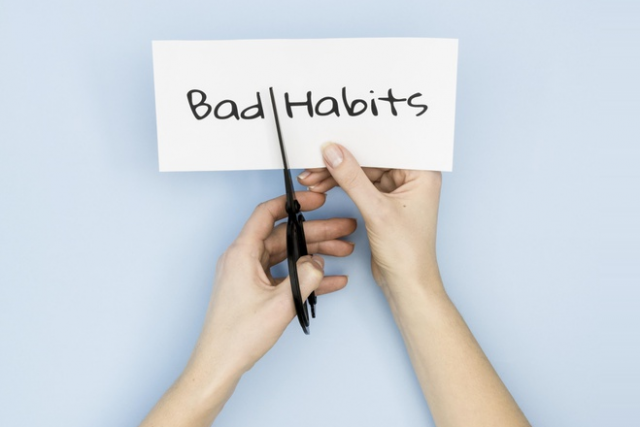 In the animal kingdom, man is the only one endowed with willpower, which makes a man a par with other animal species. Right from the moment that God created man, he gave us the willpower to choose between bad and good. This was clearly illustrated when the first man and woman fall to what we call “original sin.” God allowed them to decide what is good and bad for them and choose the consequences of their choice.

In every minute of the day, we face a choice between doing what is right and what is wrong. According to Andreas Michaelides, a clinical psychologist, there is always the association of the word “willpower” on how man frames his or her personality’s flaws.  He said that “in reality, most of us are much more disciplined than we give ourselves credit for.”

Willpower connotes that man is using his cognitive faculties to choose among the options being presented to him. It does not, however, include those acts of man that are purely instinctive and habit-formed behavior. There are actions that have been formed due to the repetition of the actions such as brushing teeth, taking a bath, and the like, wherein it is already ingrained in the system of the person that doing that “act” becomes “automatic.” Habits became an integral part of the person that it does not take to choose to perform it.

Habits eventually create the lifestyle that we have, such as if the person develops a habit of “smoking” or “drinking,” his lifestyle will also be design based on those habits. But it takes a “willpower” to reframe and readjust the kind of lifestyle that we have by redirecting our “habits.” Michaelides is a known clinical psychologist who has gained expertise in this field. Being the chief of psychology in a support system known as “Noom,” he coaches individuals to make choices in their lives that will attune to their life long-term goals.

In a conversation that was had with Andreas Michaelides, several key points were being raised and discussed. The conversation focuses on the topics of habits forming behavior, willpower, undoing a habit,  cognitive behavioral therapy. Let us learn from his insights on those areas;

Habits are formed by repetitive actions that eventually become an “automatic” response without even using any decision-making mode. The act is being done as a matter of reflex and no longer as a matter of thought-action. Habits may either be good or bad, but oftentimes it already becomes part of our system that eventually creates the kind of “personality” that we have.

Since habit is an acquired and learned behavior, it can also be “unlearned. But it takes a great effort to remove something that has already been ingrained in the person’s system.

The person must be able to assess and identify the so-called “behavior chains” in the habit. It involves the process of “trigger” to “thought” to “action” and to “consequence.”

Having a better understanding of the “behavior chain” will make you understand the areas in which you are struggling and take the necessary positive actions.

There is always the interplay of the conflict between the “body” and the “brain.” Bodily responses tend to lean on to instant gratification, while the “brain” as the body’s central processing unit gives signals to the body that the act is not “good” for the body. This is where “willpower” comes in. It makes the body to be reined in order not to give in to what satiates the body. It makes one more “disciplined,” as Roy Baumeister. A social psychologist has pointed out that “willpower” is just like a trained muscle that can be strengthened through constant use.

Undoing a habit is not as easy as “deleting” it, for the habit has already part of the person’s system.

In order to remove it from one’s system, a person must understand the “behavior chain” and make an assessment on which part of the chain that you change into something that is positive.

There are several ways on how to change the “part” of the chain. Take a look at how you can positively change that part;

It devises a system wherein the person will be able to cope up according to his or her pace. It Is just like breaking the bigger goal into a smaller and attainable one.

The reward system is the one that reinforces the person to perform a certain action. Having a clear and identifiable reward that you can get from redirecting your behavior will make you focus and determine to change and break your habit.

Having a support system such as your friends and family will make you focused on changing the “habit” you have.

Habits being ingrained behavior in the person’s system can be unlearned through cognitive behavioral therapy. Through this therapy, a person will be able to assess and identify the different parts of the chain of behavior and do positive action to rectify any part of the chain that prevents an individual from attaining his lifelong term goals.

Cognitive behavioral therapy & faithful counseling will be the means to recognize the common downbeat thoughts and eventually replace them with positive thoughts. Another way of redirecting your thought distortion is to change the factor that “triggers” such thoughts. Though you cannot actually change the “triggering” factor, you can redirect it into a positive one, and thereby the resulting action will be on a positive one.