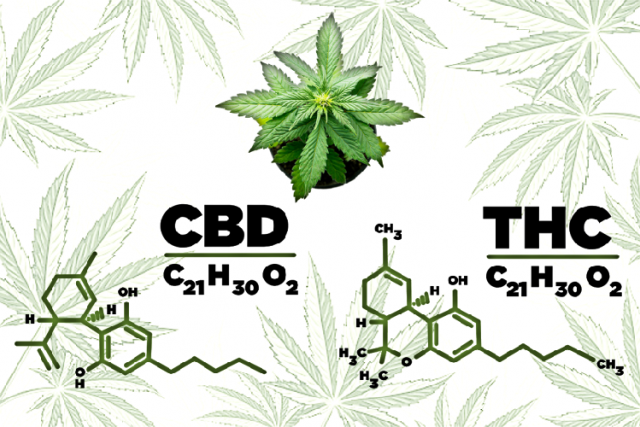 There has been a lot of traction centered on these two cannabinoids due to their potential health effects and benefits. There has been an exponential increase in the sale of products like CBD oil and THC Oil besides CBD and THC edibles.

As marijuana and cannabis products gain legality in more states, the interest will likely increase further. To understand the potential benefits and side effects, you must know the differences between CBD vs THC.

Differences Between CBD and THC

THC and CBD are cannabinoids derived from the cannabis plant, but they differ in several ways. One of the most abundant cannabinoids is CBD which is found in various cannabis and hemp plant strains and has several holistic and medicinal benefits. The human body absorbs it through a system of cannabis-friendly receptors called the endocannabinoid system (ECS). ECS helps regulate everything from sleep cycles to immunity to reproductive health. CBD does not bind to the system’s primary CB1 and CB2 receptors.

On the contrary, it helps regulate the interaction of these receptors and cannabinoids. CBD can counteract some of the intoxicating effects of THC by binding to other cannabinoid receptors and preventing THC from activating those receptors. Due to this, you get a less intense psychoactive effect, making products with a mix of CBD and THC oil can be excellent options for first-time consumers. High doses of CBD often produce a relaxing experience with great internal perks.

On the other hand, THC is the star cannabinoid of the weed community. It imparts a high sensation of Cannabis. THC’s potential use for treating numerous medical issues has been quoted in various medical texts for centuries. It was first isolated in Israel in 1964, and the high-THC weed is the world’s most widely consumed substance. THC binds with the body’s CB1 receptors, which abound in the brain, central nervous system, eyes, and spleen. The intensity of THC’s effects can change when combined with other Cannabis and terpenes as part of the entourage effect.

Currently, 37 out of 50 states and DC, Guam, Puerto Rico, and the US Virgin Islands have medical marijuana programs involving THC and CBD products; 18 out of 50 states have legal adult-use laws. Industrial hemp gained the status of a legal agricultural commodity in all 50 states when the Farm Bill was passed in December 2018.

The legal status of hemp-derived CBD varies from state to state, which makes it necessary to check state laws before building up the inventory of hemp-derived CBD products. On the other hand, marijuana and THC are classified as Schedule I substances, meaning they are illegal at the federal level. Strains with a high CBD: THC ratio are legal only in states with legal, regulated cannabis markets.

On a molecular level, THC and CBD resemble the endocannabinoids naturally produced by our bodies. Although both have 21 carbon atoms, 30 hydrogen atoms, and 2 oxygen atoms, the difference lies in how the atoms are connected. This makes a difference in how they bind to different receptors and catalyze the release of neurotransmitters in the human body. This accounts for their distinct effects on consumers.

The molecular differences contribute to most of the effects on the body and endocannabinoid system. THC’s molecular structure perfectly fits CB1 receptors and imitates the impact of the endocannabinoid anandamide. The perfect fit signals the brain to release dopamine, and thus you get high. On the contrary, CBD’s structure does not bind perfectly to CB1 and CB2 receptors. However, CBD’s presence can counteract the presence of THC binding. Additionally, it can influence the efficacy of other neurotransmitters in the body.

Cannabinoids like THC and CBD work most effectively in tandem with one another. In synergy, its interaction with terpenes and other minor marijuana compounds is called the entourage effect. However, both CBD and THC can help address several conditions in isolation.

Despite a large number of self-reported and studied evidence, more clinical research is needed to understand better the efficacy and range of CBD’s benefits for humans and animals with endocannabinoid systems.

Many use CBD and CBD-based products to manage the following symptoms and conditions. Anecdotal and clinical evidence suggests a higher potential for CBD to manage different situations.

Both CBD and THC can be helpful in conditions like

CBD is generally used to reduce the symptoms associated with

Both CBD and THC show some potential medicinal benefits and can provide relief from the same conditions. However, CBD doesn’t cause the euphoric effects that occur with THC. Many people may prefer CBD over THC due to the absence of this side effect.