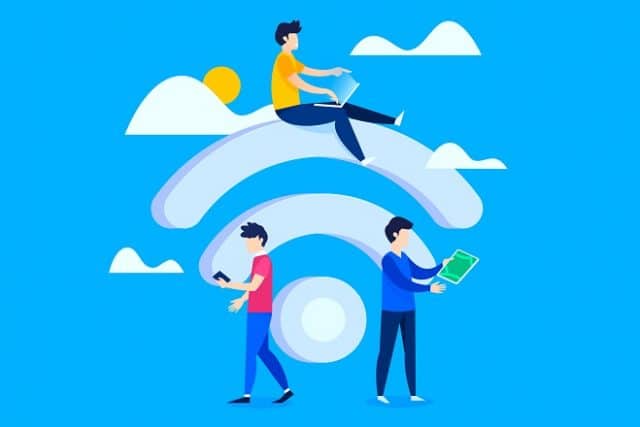 As you all know, we all are living in a virtual world. And Wi-Fi is prevalent. If you are entering into the hacking world, without an Internet connection it won’t possible. In fact for searching any basic tutorials, you need a stable connection.

We find ourselves encircled by a lot of WiFi networks everywhere. But, most of these wireless networks are password-protected. Without a password, it won’t let you get it accessed. So, if you are in search of finding a way to break that lock, you are in the right place.

This article will be helpful for Android users, as this will provide you with lots of Wifi hacker apps. Without wasting money on something, you can access your daily stuff on the internet. You will get information on the top wifi hacking apps that will lead you to access your neighbor’s network!

What is Wifi hacking?

WiFi is the preeminent source of high-speed internet. It provides enhanced dependability than a mobile network. It has been recognized that most Wifi networks are susceptible to security contravenes. Hacking WiFi networks is an essential element of learning the subtleness of ethical hacking and penetration testing.

Wifi hacking is breaking the security protocols in a wireless network of your locality, school, office, or any place. It occurs by developing the probable WPS vulnerabilities followed by discovering the WiFi password.

In the end, you gain access to the network. It allows full access to view, store, and download the wireless network. This also ascends the need for some worth WiFi hacking apps for Android to test your network security. A person can hack the Wifi network around him via WiFi Hacking Apps for Android Smartphones.

Wifi is not free and for everyone, it is not possible to pay the high monthly billing amount. The Wifi Hacking app is intended to aid the safe and attack of these wireless networks. Some are intended to help put on access to the network password and the network itself. Others offer information about the arrangement and traffic flowing over the network. This works with and devoid of root on Android phone and tablet devices.

Some of the tools of these hacking apps exist enough to let you catch and snuffle web sessions. These tools can either take benefit of WEP flaws. Else it performs a brute force attack on the target WiFi router. Then it discovers the password. All you need is your Android phone.

To get the unlawful right of entry to a network, one needs to crack these security protocols. Below mentioned are 16 WiFI hacking apps that can crack Wi-Fi encryption.

Aircrack-ng is one of the most popular hacking applications. Aircrack-ng is intended for Windows, Mac OS X, NetBSD, FreeBSD, and Linux environments. But you can manage it on Android using a wireless WiFi USB adapter on OTG enabled Android device.

A few things you need to think about before you start. You need to check WiFi cards, driver capabilities, and a wireless card that can inject packets into the network. Otherwise, you won’t be able to crack it.

To crack the Wifi password, Pass Wifi is another best application for computers and mobiles.

The internal procedure of PASS WIFI is a bit more complex. than that but completely transparent to the end-user.

This most popular app is in the list that is obtainable on the play store. It is different from others as scans the vulnerabilities that originate in the WiFi Networks.

It is a very old and working application for hacking a WPS pin that is accessible WiFi network.

You need to have lots of patience.

WPS Connect is a well-liked wifi hacker app for Android smartphones. You can install this wifi hacking app and start connecting with the WiFi networks of your environs. This wifi hacker app can hack routers that have enabled a WPS protocol.

In the case of an older version of the app, sometimes the android dumper does not work.

This app is not well-matched with various Android phones. You need to test it on Android devices like the Galaxy series, Nexus, and more.

It is very much like to FaceNiff app. It is companionable with a lot of popular social networking websites that use unencrypted connections and web sessions.

The app is specially designed for open web session account. That implies the user and you are on the same WiFi network as you both have logged into your account.

The app is premeditated to steal the open web session.

Fing Networks Tools is the furthermost application for android mobile users. Nowadays many diffusion testers use it to fix some problems in their networks. You can download it from the internet. It is a proficient App for network analysis. It is used by Security Analysts and all types of Hackers and at all levels.

Within the app’s name, SSID is mentioned in capital letters. This signifies the features of this tool. It is a wireless scanner tool. It supports both Windows and OS X.

The app shows in-depth detailed association with all the WiFi routers.

It includes any channel disagreement, construction issue or signal extending beyond that could result in the squalor of your wireless network’s performance.

The tool can get information from wireless cards. It helps you to choose the best channel obtainable with the greatest strength.

A variety of applications are accessible and you can choose as per your need by finding.

The app was obtainable as open-source software, but not any longer.

Zanti, developed by Zimperium, is a mobile penetration testing and hacking toolkit. It helps you to assess the security managers of a network with the push of a button. This is an easy app. You can use it as a mobile toolkit that enables IT Security Administrators. It simulates an advanced attacker to identify the malevolent techniques they use. .You can use it, and it will help you in performing MITM attacks, scanning, password auditing, MAC address spoofing, vulnerability checks, and much more.

Wifi Kill is one of the best WiFi hacker apps. It provides you with a light and easy user interface. This allows you to increase complete control over your WiFi network. Unlike others, it enables you to see the list of devices that are connected to the network. Apart from immobilizing the Internet connectivity; one can observe the network action in real-time. You can also see the data transfer rate.

Wifi Kill is a great app to kill internet access. It kills access to the devices stealing all your internet bandwidth.

It can be used on public WiFi networks too. It gains more internet speed and kills internet access to certain devices.

The most powerful app WIBR Plus will let you hack any WiFi connection that employs weak password protection. This app makes use of a brute force attacking system. It allows you to execute modified dictionary-based attacks on the embattled router. Also, determine the password.

The app provides an easy interface.

It provides you with a list of available WiFi connections that are within the reach.

This app lets you achieve dictionary attacks on your targeted WiFi network to increase the right to use.

To perform a custom brute force attack, it allows you to introduce your list of passwords.

The brute-force attack on WiFi networks is a morsel protracted process. It processes eight passwords per minute.

Android Network Spoofer is an influential and funny tool at the same time. It is a powerful tool to execute network hacking and spoofing on any WiFi network. It let you adapt the website they are viewing on their mobile phone, tablet devices, or computers! It burlesques the website URL and redirects the user to any convention URL. The customized feature is used to add malevolent features for advanced WiFi network hacking.

WepDecrypt is written in the C language. It is one of the most effective wireless hacking tools for guessing WEP keys. It does that by performing key generator, distributed network attack, and dictionary attack. WebDecrypt is an enormous tool for beginners. It requires a few directories to function flawlessly.

A cloud-based way out for cracking the passwords of different utilities is Cloudcracker. It performs dictionary-based attacks to crack the passwords. The range of the dictionary is up to 10 digits. You have to upload the handshake file. Along with an upload, a few other details and you are all set.

You will find it helpful if you are aware of what you are searching for. It is one of the most frequent network analyzers available in the market. It performs with the packets captured by WinPcap and libpcap. It lets you ensure the traffic that is flowing through your network. It is accessible for Linux, Mac, and Windows and is a GUI-based tool. The tool imprisons and presents micro-level details of the packets captured. It filters the packets based on etiquette type, strings, etc.

This is a petite little app. It helps you hack into WiFi networks. It performs scanning the local network for packets, hosts, firewalls, and services. The best part is that it allows you to liberally audit your WiFi network for security dodges. You will be able to perform packet filtration.

It is a suitable tool for WiFi hackers. The interceptors are used to find out hidden network sequences.

The app works on both non-rooted and rooted Android devices.

There are lots of wireless hacking tools available in the market. So we tried to shorten our list first. After certain research, we came up with some of the best WiFi hacking apps. At present, you can find it on the market.

Please note that the applications are discussed in random order. It is not in the form of priority or superiority over the other. Roughly all the apps in the above-said list will cause root access for some tasks. The applications can be used by WiFi admins and programmers too. The tools are used to monitor the network. Else it can be used to crack the keys to getting access.

This is entirely written for educational purposes only. We would appreciate if you could share it with your family and friends. You can share it on your social networking sites too.

Kindly note, you should try these apps only on your network. Or on a network you have permission. We won’t be liable for any spoil done to you or anybody else’s data.