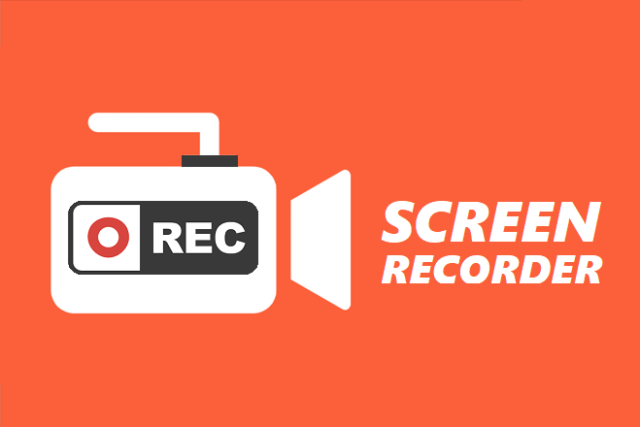 Today, more and more teachers are encouraged to record their classes to post them on the Web and leave them so that their students can access their explanations whenever they want. For this, it is not only necessary to have a Web camera, but many times we need to record our computer screen where we have our materials or presentations.

A web-based tool can be used on almost all the browsers such as Chrome, Firefox, Internet Explorer, Safari, Microsoft Edge, etc.

RecordCast Screen Recorder is known for being an online computer screen recording program, which most YouTubers and educators use to make their videos completely free. Its use is even higher among videogamers, online courses since the program offers multiple possibilities. Plus, it’s easy to get a screen layout you like in RecordCast. For example, a lot of YouTubers want to have the game audio stream in the background, and then their webcam captures their face, which can be viewed in a smaller box in the corner. This can be set up in seconds.

RecordCast not only allows you to record but also has functions for editing your recorded videos. It allows us to record our computer screen with a webcam simultaneously, and you can record your online courses to the entire screen, a particular browser tab, or just a specific application window.

Its video editor allows us to insert images, music into our clip and add decorations such as the texts, elements, overlays, and even transition effects. There are many other options, such as changing the typography color, zooming in/ out the images or videos, ordering the layers, or deleting those fonts that we do not need. We can manually adjust the time duration of each object on the timeline tool.

Surely something you did not know is that PowerPoint in its desktop version – be careful, not in the Web version – offers the possibility of recording a presentation that we have made and our voice. Also, suppose you have the latest version of PowerPoint. In that case, you will verify that it incorporates the additional option of recording your image on the screen through the PC’s Web camera and placing it in the presentation.

The good thing about this program is that the recordings are fixed on each slide, so if we make a mistake, we only have to modify the specific slide. One of the most critical PowerPoint tools is annotation, where we can specify where students should direct their attention. You can try it for free.

For Mac, Windows, and iOS

Loom is a great tool for recording your PC screen. With Loom, we can record any application that we have on our screen. This application also allows us to record the audio and our image through the Web camera through a circle instead of a rectangle, as well as make annotations on the screen.

One of the strengths of this tool is the ability to share our video online in a matter of seconds once recorded, instead of having to download the file to the PC and then upload it to social media like YouTube or Vimeo. The videos can have the duration that we want, without limit and with the possibility of eliminating errors at the end of the recording.

Another very useful feature is the ability to insert timed comments at a specific minute of the video. In such a way, we can introduce Web links at a particular point for our students to expand information or leave doubts and questions at the exact moment of the video when they did not understand a concept or need more information.

For Windows, Mac and iOS, Android, and Chromebook

The resulting video can be directly exported to YouTube or saved on your computer. It is very easy to use and includes a function to record simultaneously with the webcam. One of the most amazing features of this tool is that it allows us to integrate the videos with some well-known tools in the classroom, such as Google Drive and Google Classroom.

It is a premium tool with both paid and free versions, although the free version gives us more than acceptable results.

Plugin or Chrome and Firefox

This screen recording tool is available on the browser we frequently use (Chrome and Firefox).

With Nimbus Capture, we can record videos of the entire work desk, assign a password as a security measure, customize the screen resolution and frame rate, record the video of another active program, and record it directly from our webcam.

Like the previous tool, a premium version incorporates more advanced features, although the free version is of very good quality.

CamStudio is an open-source screen recorder for Microsoft Windows released as free software.

This famous tool allows us to record our computer’s entire screen and audio and create AVI video files in different qualities. With CamStudio, we can also add high-quality screen captions and include a webcam movie to our “picture-in-picture” recording. It is a pretty simple to use tool with a very intuitive interface.

Apowersoft is a magnificent online application. This screen recorder has a web-based version, which means that we do not have to download software to our computer to record. It also does not require Java Applet, but you will need to install a launcher if you are using it for the first time.

With this tool, we can record online screens without limits. With just one click, we can quickly create any type of video we want: tutorials, classes, or funny videos. Unlike other free screen recording tools, this online screen recorder does not limit the recording time. In addition, we can select a custom region to record the activity in it or choose to record the full screen, as well as record from our webcam.

A Web-based tool can be used on almost all the browsers such as Chrome, Firefox, Internet Explorer, Safari, Microsoft Edge, etc.

When it comes to free screen recorders, FlexClip Screen Recorder is also one of the most famous. As it is a web and free program, it is welcomed by millions of people from all over the world. Many YouTubers utilize it to record what’s on their screen or stream it to their audiences.

Free Cam is another quite useful free screen recorder for creating screencasts. With the handy set of features, you can create your professional video lessons and e-Learning presentations easily.

You can easily record any size of screen recorder, microphone, and system sounds using this. You can also use this tool’s built-in audio and video editor to turn your video draft into a well-rounded video lesson.

Did you know that QuickTime Player, the media player included in all editions of Mac OS, also includes a feature dedicated to screening recording? Yes: within a few clicks, you can capture the entire contents of the Mac OS desktop and, if necessary, also the audio coming from the microphone or other audio input.

Doing so is really simple: after opening the program, click on the File menu (located at the top left, on the Mac menu bar) and select the item New screen recording from the latter.

You can record audios from an internal microphone and make some simple edits as well. After you are done, click on the Stop button that appears in the Mac menu bar at the top right, and wait for the captured video to be visible; By default, the file is saved, in MOV format, directly to the desktop.

Do you use any of these free screen recorder? Are there other tools do you use to record your classes? We await your contributions in the comments!

Top 10 Most Important SEO Tips You Need to Know

5 Questions Teachers Should Ask Parents at Beginning of Year

How to Write a Great Blog Post – The Only Guide...