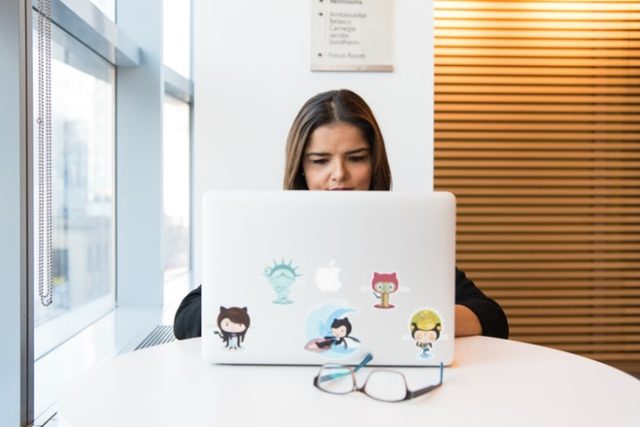 What is React Native?

Mobile phones and the applications within them have become very common in today’s world. React Native is a framework that uses UI components to build the JavaScript code. React native app development allows for apps to be built as cross-platform applications that use a single codebase. The framework is built on ReactJS, which was also created by Facebook and have certain main differences.

ReactJS is an open-source JS library, while React Native is a framework that builds apps with a native feel. Developers need to only know HTML5, CSS, and JavaScript to work with this particular framework.

Since the framework is an open-source one, it can be continually worked on and can be compatible with other platforms. The components used can also be reused. Since it works with the said languages, there is no need to work with Java (for Android) and Swift (for iOS).

5 Reasons to use it?

The fact that React Native is related to React is in itself a reason to use it for app development. Since this uses the same principles as React, all changes are made to the virtual hierarchy. This is then compared with the actual hierarchy, and only relevant parts are changed. This removes a lot of computing time and makes changing code a simple and easy task for developers.

Component encapsulation is also another popular concept that is employed by both React and React Native. The framework results in all components like the logic, UI, and styling remain in a single file. React also made the use of virtualized DOM more popular in the developing community.

React Native is used for cross-platform app development, and that comes as no surprise. It allows for apps to be compatible on different platforms using a single codebase. This proves to be much cheaper than building native apps that are made for specific platforms. Also, the amount of time spent on the development and the communication needed is comparatively less when developing cross-platform applications.

An example of the code-sharing is in Facebook Ads Manager. React Native app development resulted in this app and shares 85% of the code between iOS and Android. The app runs smoothly and has positive reviews for the UI and UX from most of its users.

Simplifying the app development process is also a necessity. By simplifying the process, productivity is also increased. React Native allows for a much simpler coding experience. Xcode and Android Studio, although very popular, can sometimes be slow and complex to use. Simple editors result in fewer chances of app crashes and are easier to update.

Developers who have worked with Xcode and Android Studio for more than a decade admit that an easy and simple text editor can do wonders for the development process. Yes, these established editors have tons of features that make app development an absolute joy to work with, but the fact still stands, that these editors tend to hang and crash more than often.

As the number of existing mobile devices keeps increasing by the day, developing apps that work smoothly with every device becomes quite a challenge. As apps become complex, the tools have not advanced dramatically. These results in crashing and numerous lags that make the entire development process close to a nightmare (not always). React Native has drastically reduced compile times. File watchers help developers reload the app automatically. The updates reflect automatically, making editing the code, a joy for developers.

The community of developers using React Native is growing exponentially. The fact that the framework encourages cross-platform development has attracted a loyal following. Existing dependency managers are not that great (understatement). The dependency managers in React Native which are NPM and Yarn are comparatively much faster. Adding new dependencies is also very simple and does not require downloading, recompiling, and running the entire code.

As apps get larger and more complex, the chances of lags become more common. Apps on the React Native framework are compiled into natively written code which allows for apps to be compatible on different platforms. Such apps also perform well with absolutely no lag. It also allows for components to be reused, and the application can be easily maintained.

One of the main positives of React Native is its cross-platform support for app development. Although initially designed for iOS, it has since become a popular framework for developers of both platforms. The fact that it can be used with a single codebase made it even more popular. This feature about React Native cannot be stressed enough.

Though the framework makes app development much easier, and a lot less complicated, it still needs a professional developer to ensure the app doesn’t fall prey to bugs and glitches. These are completely common events in the development community but makes the presence of a highly skilled professional an absolute necessity. The slightly higher learning curve does have benefits in the long run.

React Native and React are both created and released by Facebook. With that being said, the existence of the entire framework lies in the hand of this company. If Facebook ever decides to end this project for whatever reason, that would mean the end of everything associated with it. The thought of its removal is scary to think about, but in all honesty, it is highly unlikely considering all the popularity the framework has received over the years since its inception.

The framework is comparatively newer and is constantly evolving. It is by no means a flawless framework, and some bugs have not been fixed. Custom modules are missing, and this can sometimes lead to wastage of time during react native app development. This is mainly because, since the modules are missing, developers end up having to build and create modules to get what they require.