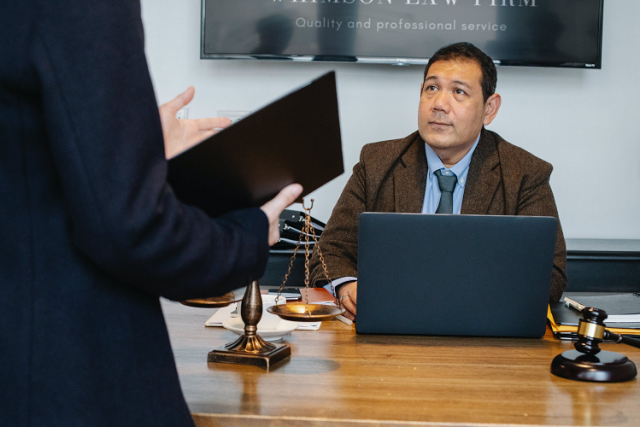 Getting charged with a sex crime is always something to take seriously. When that charge is for solicitation, the details behind the accusation will make the difference in your potential punishment.

If you’ve been accused of soliciting sexual favors or offering them, you need a good defense. The crime of paying for or providing a sexual service is interchangeably called prostitution or solicitation of prostitution. And the punishment depends on the nuances, the state, and your attorney.

What End of the Crime are You On?

Were you charged with advertising your services or offering to pay a patron for a sexual act? Both of these fall under the category “sexual solicitation.”

The definition of solicitation includes a person’s words, actions, and behavior or conduct to try to engage another person in an act of prostitution.

Here’s an important thing to understand: In order to be charged with solicitation, the act does not have to have occurred. As long as there is evidence that you intended to engage in the conduct, you’ve committed solicitation of prostitution.

But the prosecutor has to prove that you’ve openly attempted to engage in the act of prostitution. That’s why the sooner you reach out to a sex crimes attorney, the faster you can establish your defense.

Depending on the circumstances of your solicitation charges, your attorney can build one of three usual defenses to help you fight your case.

One of the strongest defenses against a sexual solicitation charge is that of entrapment. If a police officer caused you to commit your crime by pushing you into the action, that’s entrapment.

Because we’re taught to obey law enforcement, a police officer can easily push the average person to commit crimes they wouldn’t normally do. This can be done by proving the officer badgered or insisted you do something. Maybe they persuaded you or appealed to your sense of sympathy or friendship. It’s also possible that they assured you that what you were going to do was legal or otherwise attractive.

Entrapment is something your lawyer has to bring up, and they need to provide the evidence that shows this occurred.

Typically, the prosecutor’s job is to show the burden of proof. They have to bring the evidence into the courtroom to show without a doubt that the crime occurred.

When there isn’t enough evidence to demonstrate that all elements of the case were true beyond a reasonable doubt, your attorney can claim “insufficient evidence.” In most cases, the prosecutor has difficulty proving the intent element if the action didn’t occur.

The defendant isn’t liable for solicitation if the prosecutor can’t prove there was intent involved. The only problem with this defense is that it relies on sitting back and waiting for the defense attorney to finalize their argument.

Law enforcement officers aren’t above scrutiny. Since it’s the officer’s testimony that ultimately makes or breaks the case, your attorney can attempt to dispute their credibility.

Maybe the officer is bringing up incidents that weren’t recorded. There’s no evidence, just the officer’s word. But your lawyer can attempt to show that the testimony has conflicting statements.

Perhaps previous cases by the same officer had differences that undermined their credibility. Your lawyer can bring these to light, as well.

The correct argument may not get you off all the solicitation charges, but it can decrease the punishment. When you’re fighting sexual solicitation, you must find a good attorney and work with them to mount your defense.