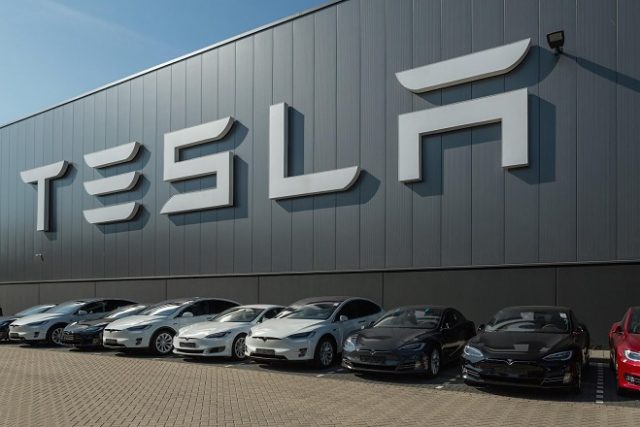 The only companies that can successfully compete against large multinational corporations are those that excel in manufacturing. One of the main differences in businesses that thrive and continue to grow, and businesses that remain stagnant instead of growing, is innovation, especially in manufacturing and even more so in automated warehouse systems.

The important role that innovation plays in manufacturing can’t be overemphasized.  It affects all levels of manufacturing and production from storage and warehousing, to shipping and order fulfillment. This forces both small businesses and multinational corporations to consistently “reinvent” themselves and their products so that they can gain an edge in today’s very tough market.

10 Most Innovative Companies in Manufacturing

Referring to Toyota as one of the most innovative companies in the world may seem strange at first. And it’s fine to see things like that because its vehicles seem to be more liked than loved. However, their success in innovation comes from their manufacturing processes, not their cars.

Their principles are pretty simple: prevent waste, fix problems immediately and have parts come in exactly when the workers need them. With inventions like the andon cord, which allows any worker to stop the assembly line when a problem is noticed, Toyota’s innovation has focused on how their cars are made, instead of what type of cars are made.

The electric car company has been an innovator in the auto industry with their high-performance electric vehicles and advancing autonomous driving. The company has also been public about its goals to produce 500,000 cars a year by 2020.

To do that, they have announced the construction of their Gigafactory. This factory is expected to not consume any fossil fuels, use robots to help assemble battery packs and utilize solar, wind and geothermal power to meet its energy demands. Having an advanced manufacturing facility is a great way to innovate in manufacturing, and Tesla is making that a priority.

Experts have called Intel a “manufacturing monster.” This probably has something to do with their ability to bring products to market faster than most companies.

Intel’s manufacturing innovation has been strategic, from choosing factory locations close to a large supply of skilled labor to ensuring that their factories are built the same way using a methodology called “copy exactly.” They have also ensured that their factories meet the highest standards of cleanliness to prevent dust particles from getting into their processors.

GE has been a leading company in manufacturing, but their willingness to innovate this process sets them apart. GE recently announced the launch of their “Brilliant Factory,” which combines advanced manufacturing with advanced software analytics to increase productivity.

The company has done a great job of integrating emerging technologies, such as big data, Internet of Things(IoT) and 3D printing, into their manufacturing processes. GE’s willingness to adopt new technological innovations has allowed them to meet the very high customer demands for their products.

With manufacturing plants that produce over 400,000 cars a year, BMW plans to keep investing in their manufacturing. Their Spartanburg, South Carolina factory is undergoing a $1 billion expansion to reach a capacity of 450,000 cars a year. More importantly, their success in manufacturing innovation has been more focused on their research and design to address issues such as the rising prices of materials, stricter environmental regulations and the depletion of fossil fuel reserves.

While Apple is a notoriously secretive business, their product development and manufacturing processes have been some of the most successful ever implemented. Their advantage comes from their design innovation, and that’s why design remains at the forefront. While the company handles very little of its manufacturing, their products are designed in a way that allows their manufacturers to deliver quickly to the right markets, while keeping production costs as low as possible.

As the world is entering a new industrial revolution, HP has made a lot of effort to adopt some of the emerging technologies that would drive this change. In particular, they have integrated 3D printing and additive manufacturing to their production process. This has allowed them to be successful in mass customization, along with delivering customized products very quickly and at a low cost. They’ve also been able to reduce the time for order fulfillment, reduce production costs and deliver an even wider variety of products. People often think it’s hard to reduce the order fulfillment process timeline, but even something as simple as industrial storage bins can help with that.

GM has been making a turnaround effort in research for years, and an important part of that has been in their manufacturing strategies and innovation. The company’s engineers have reportedly improved its computing capabilities to develop simulations of important tests, such as combustion and crashes. They have also applied monitoring and data analytics to manufacturing processes to evaluate vehicle quality and performance and identify problems in real-time before vehicles get to the final inspection.

Festo is a global leader when it comes to automation technology. The company manufactures and ships over 23,000 different products to over 250 different locations around the world. They have done this by taking advantage of big data, allowing them to have access to real-time information on their factories.

On an average day, Festo handles over 29,000 orders and ships out over 70,000 tons of products around the world. This high productivity is driven by their connected networks and factory efficiency.

Nike has been actively working on new technology to improve its manufacturing processes. The sportswear company has made investments in automation, sustainability and new manufacturing methods. One of these innovations has been its partnership with Flex to help accelerate the footwear manufacturing process and provide more customized solutions for customers.

It’s important to keep in mind that there are some risks associated with innovation, even though it is important to the success of any manufacturing business. Bringing in a new feature or product to the market may not always bring about the desired results.

Regardless, any business that wants to survive and thrive in today’s tough business environment must take this risk. Companies that fail to do this will risk slower growth and fall far behind their competitors in the long term.