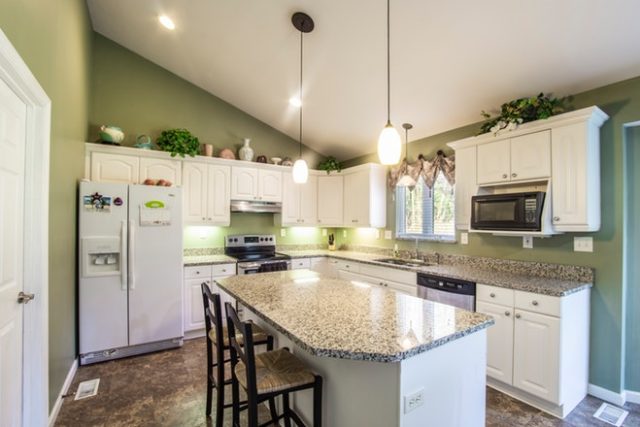 In the absence of certain appliances, most households would grind to a standstill. Functional refrigerators, washing machines and dishwashers are just a few of the big-ticket appliances that no modern-day household can do without. As such, it behooves budget-conscious homeowners to protect these investments. High-end appliances don’t come cheap, and the worse you treat them, the lower your ROI. Fortunately, keeping your major appliances up and running for the foreseeable future doesn’t have to be a demanding chore. In the quest to keep your most important appliances in prime condition, take care to avoid the following mistakes.

Not Investing in a Good Home Warranty

It’s easy to see why so many households dread having major appliances repaired. Depending on the scope of the problem, appliance repairs can cost a small fortune. Given the sense of economic anxiety that permeates far too many U.S. households, being hesitant to spend money on repairs is understandable. If your family often has trouble making ends meet, a major appliance breakdown is likely the last thing you need. The instant an essential appliance finds itself on the fritz, many of us can’t help but think, “How much is this going to cost?!”

Budget-conscious households looking for effective ways to alleviate prevalent economic anxiety should strongly consider investing in a good home warranty. In case you’re unfamiliar, a home warranty refers to a warranty that covers all of a household’s major appliances. This ensures that whenever an essential device needs to be repaired, you needn’t worry about putting a hole in your savings. Furthermore, since a solid home warranty is feasible on virtually any budget, most households should be able to afford one with ease. If you have any concerns about perceived cost, simply hop online and start exploring your options. When searching for the most comprehensive plans, make sure to check out everything an Asurion warranty has to offer.

Habitual misuse is among the foremost reasons for which appliances become damaged and break prematurely. Additionally, many of us misuse major appliances without even realizing it. For example, a lot of people won’t think twice about overloading a dishwasher or washing machine or overstuffing a refrigerator. More often than not, this type of behavior is borne from ignorance instead of outright negligence. To help ensure that your major appliances are used as directed, read through their respective owner’s manuals and consult the manufacturers’ websites. This should provide you with a solid understanding on how these devices are meant to be used and reduce the likelihood of them being misused in the future. Once you’ve successfully brushed up on the rules of operation, make sure to educate the other members of your household, as well.

No one enjoys spending money on appliance repairs. As previously stated, some repairs can create quite the financial setback. In the interest of saving money, some families opt to leave problems alone and hope that they sort themselves out. Needless to say, this approach is not going to work out in your favor. As is the case with many things in life, ignoring a problem is unlikely to make it go away. In anything, it’s practically guaranteed to exacerbate the issue.

By allowing a major appliance issue to linger, you’re essentially ensuring that the problem becomes worse. Furthermore, the worse a problem gets, the more money it will ultimately cost to fix. Even the biggest advocates of frugality are likely to agree that spending a small-to-moderate amount in the short term is better than breaking the bank to fix an issue that was allowed to grow out of control. So, as tempting as it may be to ignore seemingly inconsequential appliance issues, having them remedied in a timely manner stands to save you a substantial amount of money – and hassle.

Your major appliances are among the most important items in your home. In addition to contributing to a variety of daily tasks, essential appliances make our lives easier in a multitude of areas. That being the case, it’s only fitting that we properly care for these devices and keep them in workable condition for as long as possible. However, without even realizing it, many of us habitually misuse major appliances, effectively reducing their lifespans. In the interest of avoiding long-term damage and premature breakdowns, make a point of avoiding the blunders discussed above.

Residential AC Services Near Me