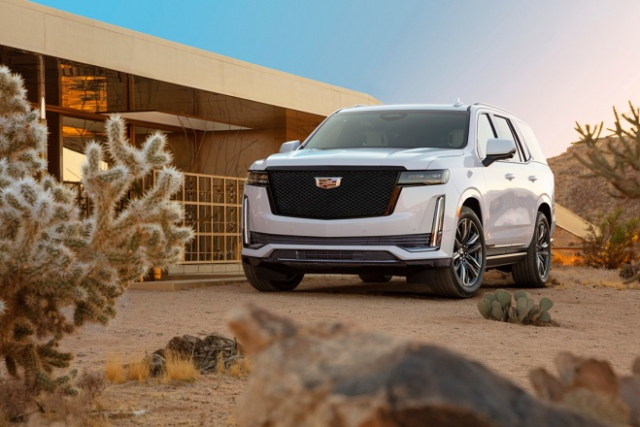 While all men may be created equal, the same is not true for automobiles; some are more desirable than others, with top cars in the family-hauler segment in the USA including Cadillacs, Fords, Lincolns, and GMCs. These brands are known for their wide selection of models, with top sellers including pickups and SUVs. Recent sales figures show that Americans love big and capable vehicles, with smaller cars gradually being phased out of the market. Strong engine options, spacious cabins, and large cargo holds will always be alluring, and the sport utility vehicle is the very embodiment of these ideals. But beyond this, the ability to go off-road is very attractive, even if it does come at the cost of ride comfort on the road and fuel economy.

Very few automakers are able to balance all these conflicting factors, but that does not mean it is impossible. Since this style is so popular Stateside, it only makes sense to look at some homegrown examples of crossover and ute design done right.

Let’s take five of the most popular and best SUVs, both on- and off-road, from the USA and see what makes them so darn good.

While it may not sell as well as its smaller brother, the Escape, the Ford Expedition easily earns a place among the best off-road capable utes from the brand. Perhaps the reason it lags behind in sales is its much higher $52,810 price tag, in comparison to the smaller crossover’s $24,885. But, in this case, how much you pay is directly proportional to how much you get.

Available with either a standard or extended wheelbase, with the latter known as the Expedition Max, this enormous machine has oodles of space inside the cabin, especially if you opt for the even larger design. Trunk space is nothing to scoff at either – with all the seats in place, capacity ranges from 20.9 – 36 cubic feet. Yes, you heard that correctly. And, to add to this, this is a three-row SUV that actually has usable back seats.

The juggernaut enjoys 375 horsepower and 470 lb-ft of torque courtesy of a twin-turbo V6 engine. Thus, it comes as no surprise that, just like the F-series pickups, this Ford decimates the competition with its max towing capacity of 9,300 pounds when properly outfitted. The lower displacement of the powertrain also helps to keep the Expedition relatively efficient when it comes to mileage, but it is still a large, heavy machine, so don’t expect too much from it.

It only makes sense to mention the luxury wing of the Ford brand next. Much like the Expedition, Lincoln’s Navigator offers a long-wheelbase version, too. In either configuration, it seats between seven and eight passengers. However, the similarities end here. A stronger 450-hp twin-turbo V6 supplies power to the luxury crossover, but its extra weight and more town-centric design mean that it can only tow 8,700 lbs. But, considering just how gorgeous it is, inside and out, would you really want to treat it like a mere pack mule?

The interior is dressed in premium leather upholstery, and where the Ford has some hard plastics and faux wood veneer on display, the Lincoln coats every surface in either soft-touch material or genuine wood accents. Thoughtful placement of the controls, and a large infotainment suite with a long list of standard features on even the base model, make the inside of the Navigator a very pleasant place to be.

Fresh off of a redesign for 2021, the Tahoe looks bigger and better than ever, so it may finally steal the hearts of longtime Ford Expedition fans. The new generation offers a choice of three powertrains, including a Duramax diesel option. The most potent setup relies on a V8 engine mated to a ten-speed automatic gearbox, which directs 420 hp to the RWD or 4WD.

The latest updates include a larger wheelbase, which means that there is more cabin space than ever before; the available 15.2-inch touchscreen interface won’t look absurdly large in such a roomy cabin, either. The designers have also taken the opportunity to give the Tahoe a more modern aesthetic that will help it stand out beside its aging competition.

It is a bit unfortunate that the Yukon is not more popular, because it definitely deserves your attention. Unlike other American brands, General Motors Truck Company focuses exclusively on premium pickups and SUVs, so it has all the experience needed to deliver some of the best options in the segment. Sporting a new look, the full-size body houses three rows of seats in a lavish interior. The extended wheelbase has improved cargo capacity, too, with 25.5 cubic feet available behind the rear-most seats.

Performance will likely remain unchanged from previous years, though, since the same pair of engines – a 5.3L or 6.2L V8 – are on offer once again. However, engine stop/start is now standard, and a new cylinder deactivation system has been put in place, so we may see slightly improved mpg figures.

It is impossible to talk about American-made SUVs without mentioning the Escalade. It is easily the most expensive of the large utes this side of the pond, with a starting MSRP of $76k that can quickly run over the $100k mark. However, there is a very good reason for this exclusive price tag.

Born from the GMC Yukon, the Escalade takes everything that made the premium vehicle special and supercharges it. The cabin is so luxurious that it starts to rival some European brands like Mercedes-Benz or BMW, and the amount of tech crammed inside actually puts some luxury rivals to shame. Just a few worthy mentions include the absurdly large OLED glass dash-top display, which measures 38 inches in total. Divided up, it comprises a 16.9-inch infotainment touchscreen interface, a 14.2-inch driver-information display, and a 7.2-inch control panel.

But, aside from a plush interior with premium leather coating just about every surface, the inside of an Escalade is also one of the safest places to be. A host of driver-assistance features come standard or are available as add-ons. This includes the latest in collision mitigation technology, as forward collision alert with emergency braking. Almost all the stress of driving is alleviated with lane keep assist and blind-spot monitoring, while the fear of parking such a monstrous machine is eliminated by rear cross-traffic alert and reverse automatic braking. There is even an adaptive parking assistant, but semi-autonomous driving tech is still relatively new, so many buyers may not trust it to safely slot their beloved Escalade into a packed parking lot.

Of course, this gargantuan rolling entertainment room is not light on fuel, with the most efficient setting returning just 15/20/17 miles per gallon city/highway/combined. But, if the daunting cost of this American beauty doesn’t deter you, this certainly won’t either. With all the new updates and design decisions that went into making the newest generation Escalade, it is no longer simply one of the best US-made SUVs in the world. It now holds its own against European and Asian rivals to take its place as one of the best in the world, period.

What is Web Accessibility?