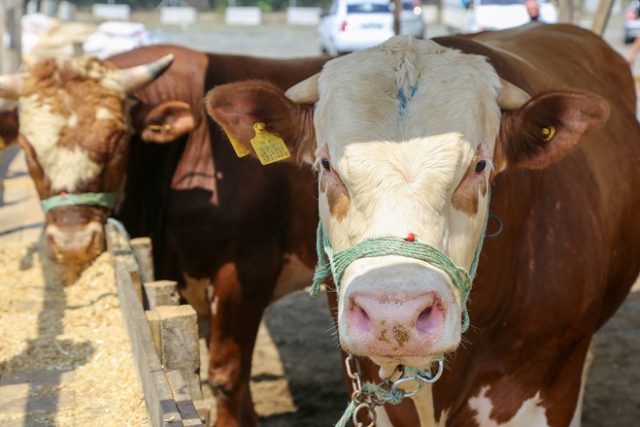 Many different religions either currently practice the act of sacrificing or historically did and do not carry it out anymore. Sacrificing can be seen through many different lenses, some communities carry out sacrifices as an act of worship while others do it as an aiding factor in asking for forgiveness. Others offer their sacrifices as a gift or offering while other historical religions carried them out as a form of worship rituals.

While some religions carry out the sacrificing of animals many others avoid such acts as it can be seen as a prohibited act to carry out in certain faiths.

Which religions still carry out sacrifices?

The two most common religions that still carry out the ancient and religious act of animal sacrificing would be Hinduism and Islam.

Animal sacrificing is still commonly practiced by Hindus mostly located in India; it is a deep-rooted tradition that has been carried out for centuries. The practice derives from Shaktism and is mostly practice amongst local tribes and communities.

Despite certain sects and communities within Hinduism who carry out this action many do not as certain scriptures from the Hindu religion prohibit and forbid this, Gita and Bhagavad are a few of them.

Many Hindus partake in the action during celebrations like Durga Puja, other Hindus just offer on other occasions to certain deities mostly female deities as they are known to rule over groves in India.

In Islam however all Muslims take part in a religious tradition known as Qurbani. Majority of Muslims do not actually directly perform the sacrifice, instead they donate money which helps to provide for the sacrificing meat which gets distributed amongst the poor.

Qurbani is a very significant ritual in the Islamic faith as it commemorates the actions performed by the Prophet Ibrahim (Abraham). Prophet Ibrahim was instructed to sacrifice his precious son for the sake of God however when God saw the Prophets deep devotion and sincerity, God replaced his son with goat in which he sacrificed instead.

Qurbani commences on Eid ul-Adha which is an Islamic festival, it is also the final requirement performed on the Hajj pilgrimage.

Beside these two religions other religions such as Judaism, they rarely carry out the act of sacrificing unless they are in a temple and pursuing it as an act of forgiveness however this rarely occurs in modern Judaism.

Other then them only a small handful of folk religions that often have links to Christianity engage in animal sacrificing.

Why don’t certain religions continue the sacrificing of animals?

Many religions have either straight up abolished this action from their practices or very rarely carry out this practice. This is often due to the changes of society compared to historical society where practices like this were common among different communities.

Also, in most countries especially within Europe sacrificing of animals is against the law so many religions abandon the practice of it due to laws and regulations.

The engagement with the act is sometimes for different purposes, in different faiths such as in Islam it is an act to please God and to honour the Prophet Ibrahim however in Judaism it is an act of pleading for God’s forgiveness, two totally different interpretations of the same action. Many Jews do not think that it is needed when asking for forgiveness and that there are different methods of seeking forgiveness.

What ancient religions did animal sacrificing?

Now you know the reasons behind the practice of sacrificing animals and why some religions still engage in it and why others do not.