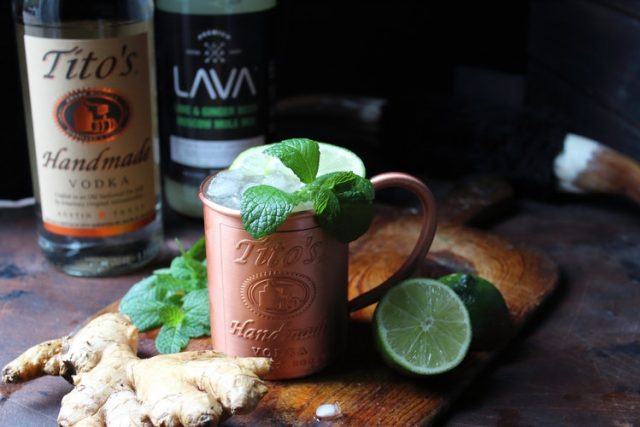 If you choose to go with Hulu’s accounting of how the Moscow Mule came to be, you opt for the romantic version, a rather convoluted one at that. Episode 4 of “The Great” portrays the drink as the invention of Leo the Great, the lover of Catherine and the Great. He serves it to her takes, but she takes only a few sips when she realizes she is late for a coup meeting in Moscow.

Whether vodka/ginger beer cocktail has anything to do with this mental bulletin is not explained, since taxis have not yet been invented, she takes a mule to get there as quickly as possible. Mule? Speed? While the two may not correlate, the shot of Catherine riding off into the swirling snow makes for a captivating scene, typical of so many Russian epic films. However, the true birth of the Moscow Mule with Absolut is a bit more prosaic.

The second version of the birth of the Moscow Mule has a setting in wartime London circa 1941 shortly after America and Russia became allies. And although the name of the bar where vodka was introduced to ginger beer, Cock ‘n’ Bull might suggest it was in London, it was actually in Los Angeles.

As the story goes, the bartender, a bloke by the name of Jack Morgan who had an oversupply of ginger beer in his cellar was serving his friend John Martin who happened to be a vodka salesman. Martin was bemoaning the fact that, since vodka was still relatively unknown, his sales figures were low.

A light bulb went on over Morgan’s head, and it flashed on all the cases of ginger beer downstairs. How would the two taste if they were mixed together? They tried it. They liked it. And so the Moscow Mule was born.

Who Was That Lady?

As fate would have it, there was a third person at the pub, name unknown, who happened to overhear the conversation. Yes, you guessed it, she just happened to have a set of what she called cups back home that she neither needed nor wanted. A better description would have been copper mugs. She took them to the pub.

Barman Morgan added a dash of lime to the recipe and poured it into three of the mugs. They tried it. They liked it, and the rest is history. The spicy bracing cocktail quickly catapulted vodka into the drink scene, and it went on to become one of the most popular drinks of the fifties and sixties.

About Those Copper Mugs

The original Cock ‘n’ Bull mugs which went on to become a collector’s item had a Cock ‘N’ Bull Product printed on the bottom, stood 3-1/4-in tall, had a 3-in base, and weighed 8 ounces. As time went on, some bars took to serving the cocktail in mugs with a high-spirited kicking mule engraved on the front.

When celebrities of the fifties and sixties were photographed copper mug in hand, it became the face of the drink. Public demand grew and the next iteration of the Moscow Mule mug was more likely to identify its use with a kicking mule engraved into the side.

The vodka, ginger, and lime in a Moscow mule combine to produce a kick, but that kick wouldn’t be quite as spirited without the frosty metallic chill the mug literally creates. Although the original creators of the cocktail had no way of knowing, they were taking advantage of chemistry.

Copper is second only to silver when it comes to conductivity. And so as soon as the chilled cocktail and ice cubes are poured into the mug, the copper absorbs its cold and conducts it to the handle, creating a physical kick to go with the gustatory kick. But the chemistry doesn’t stop there. When copper meets the vodka and lime, it reacts chemically and amplifies the fizz factor contributed by the ginger beer.

This leads to a chicken or egg type question. Would a Moscow Mule be a Moscow Mule if it were served in a highball or Old Fashioned glass? It’s a question that’s hard to answer, since very few people report having had the experience.