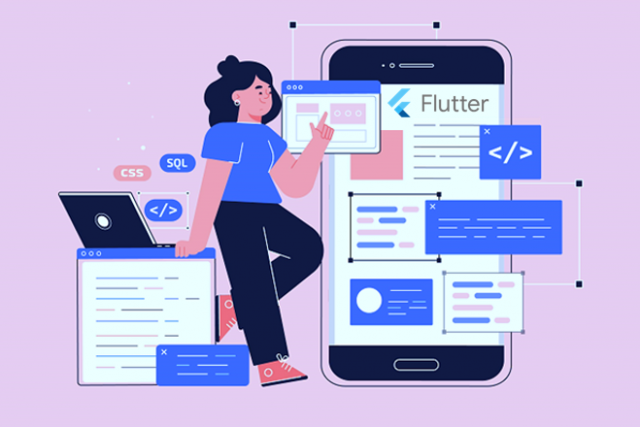 After considering several options available, you have decided to create a cross-platform application on Flutter. You should then hiring a skilled flutter developer.

There are two different ways to go about this:

You should start with general questions to get the conversation going. These questions will help you understand more about a specific candidate and why they opted for Flutter development.

Q1. What is Flutter?

A: It is an open-source, cross-platform user interface framework released in 2017 by the giant tech company Google. It can create excellent user interfaces on iOS, Android, and Web platforms. Flutter uses Dard coding language

Q2. What are the benefits of Flutter?

Q3. Give me a list of some of the most popular apps made using Flutter

A: Stadia, Tencent, eBay, Groupon, Baidu, Reflectly, and many more.

After the general questions, you should proceed to more questions that will help you know if the developer understands how Flutter apps are built and the functioning of their components.

Q4. Define the difference between imperative and declarative programming?

Q5. Explain the step-by-step guide of writing a Flutter application?

Q6. What can be referred to as the building blocks of a Flutter app?

A: Widgets are the key elements or building blocks of a Flutter application’s user interface (UI). Each widget is a fixed declaration of a section of the user interface.

Q7. State the difference between stateless and stateful widgets?

A: A widget is stateful if it can change (for example, after users interact with it). Stateless is used to refer to app interactions that never change.

Q8. What does a Spacer Widget do?

A: It develops an empty spacer that you can use to create spacings between widgets with limited heights and widths.

Q9. Why does a Flutter app take long to run for the first time?

A: It takes too much time to load the accurate dependencies and configuration for a specific version.

Q10. What is the role of Flutter’s hot reload feature?

A: Hot reload grants you the opportunity to implement changes to an app very fast. After making changes to the code, it will update the app immediately. This is vital in speeding up the development process and simplifying experiments.

Q11. Is multithreading supported on Dart?

A: Dart programs run separately. It is a single-threaded programming language.

Q12. Which Integrated Development Environments (IDEs) does Flutter use? What’s your perfect choice and why?

Q13. Name the modes you can use when developing a Flutter app?

Q14. What are the List Views available in Flutter? Mention ListView constructors and their key differences?

A: The number of List Views available is four:

The number of List View contractors available is two:

Q15. Describe the Keys in Flutter?

A: These are parameters that control the state of widgets when you move them in a widget tree. They also control the widgets that link up with others after rebuilding.

A: It is a keyword to announce constants. You can modify variable values that are declared with const. The keyword represents a compile-time constant and develops an item during compilation before inserting it where it is needed.

Q17. What are Await and Async?

A: They are keywords used to describe nonsynchronous functions. You should add async before the function body to define it. The await keyword only works in async functions.

Q18. Explain how to use a stream in Dart? Describe the functions

Q19. Name the databases you like using with Flutter and Why?

A: It manages screen navigation and the routes. It also keeps the app widgets stack.

Q21. Explain the role of Scaffold in Flutter?

A: It provides the default structure properties (floating action button, appbar, drawer, and many more). You don’t have to set up a new custom structure for the screen, app activity, page, or user interface view.

Q22. Name the Flutter architectural patterns that are widely used

Once you evaluate the theoretical knowledge of a developer in Flutter, you should give them a few practical tasks. Good theory with no practical coding qualities is not valuable for an app development project.

Q24. What does this method do? What does it do in its current state? 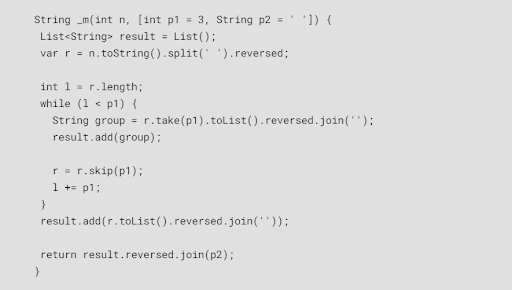 A: The role of this function is to insert spaces in big numbers. There are wrong names in the variables. 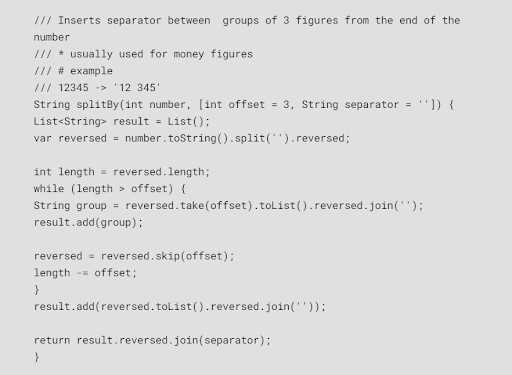 A: The console output does not match the code’s consecutive lines, and there will be a change in the order:

Our interview questions can help you during the first stage when assessing a candidate. If you still have doubts after that, you can give the developer a home task. You can ask them to do a code review for an already-existing app or write one for a simple app. This will give you an idea of how they handle complex tasks.

You should not forget to ask them about their interests, goals, and soft skills. Some of the skills to look out for in a developer include:

Hiring a flutter developer or more for a new business may prove to be somewhat tricky. A lot of time and money is required in the hiring process, especially if the app is critical to your business model. Trust your task with experts for a successful project.