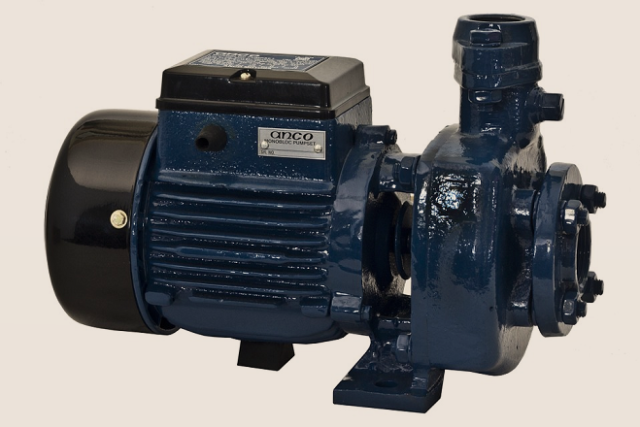 Design features and principle of operation

No matter what the design, but the device of any electric motors of the same type. The rotor and stator are located inside the cylindrical groove. The rotation of the rotor is excited by a magnetic field that repels its poles from the stator (fixed winding). Constant repulsion can be maintained by reconnecting the rotor windings, or by forming a rotating magnetic field directly in the stator. The first method is inherent in collector electric motors, and the second is asynchronous three-phase.

The body of any electric motors is usually cast iron or made of an aluminum alloy. The same type of engines, despite the design of the body, is made with the same installation dimensions and electrical parameters.

The operation of the electric motor is based on the principles of electromagnetic induction. Magnetic and electrical energy creates an electromotive force in a closed circuit that conducts current. This property is embedded in the operation of any electric machine.

A moving electric current in the middle of a magnetic field is constantly affected by a mechanical force that is rapidly trying to deflect the direction of charges in a plane perpendicular to the magnetic lines of force. During the passage of electric current through a metal conductor or coil, mechanical force strives to move or deploy the entire winding and each current conductor.

Purpose and use of electric motors

Electric machines have many functions, and they can amplify the power of electrical signals, convert the voltage or alternating current to direct, etc. To perform these different actions, there are various types of electric machines. An engine is a type of electric machine designed to convert energy. Namely, this type of device converts electricity into motive power or mechanical work.

It is in great demand in many industries. They are widely used in industry, on machines for various purposes and in other installations. In mechanical engineering, for example, earthmoving, hoisting machines. They are also common in the areas of the national economy and household appliances.

An electric motor is a type of electric machine for:

The specifics of the generated torque:

In hysteresis devices, torque is generated by magnetization reversal of the rotor or hysteresis (saturation). These engines are little exploited in industry and are not considered traditional. Demanded are magnetoelectric motors. There are many modifications to these engines.

They are divided into large groups according to the type of flowing current:

The group of electric motors powered by direct current is divided into subspecies:

In these electrical appliances, there is a brush-collector assembly that provides electrical connection to the fixed and rotating parts of the engine. Devices come with self-excitation and independent excitation from permanent magnets and electromagnets.

The following types of self-excitation of engines are distinguished:

These are closed-loop engines that operate on the same principle as synchronous devices — equipped with a rotor position sensor, coordinate converter, as well as an inverter with a power semiconductor converter.

These machines are available in various sizes from the smallest low-voltage to huge sizes (mainly up to megawatts). Miniature electric motors are equipped with computers, telephones, toys, cordless power tools, etc.

DC electric machines are used in various fields. They complete hoisting-and-transport, color-finishing production machines, as well as polymer, paper production equipment, etc. Often an electric motor of this type is built into drilling rigs, auxiliary units of excavators and other types of electric vehicles.

The advantages of electric motors

In AC electric motors, the electric current is described by a sinusoidal harmonic law, periodically changing its sign (direction).

The stator of these devices is made of ferromagnetic plates having grooves for accommodating winding turns in them with a coil configuration.

Electric motors by the principle of work are synchronous and asynchronous. Their main difference is that the speed of the magneto-driving force of the stator in synchronous devices is equal to the speed of rotation of the rotor, and in asynchronous motors, these speeds do not coincide. Usually, the rotor rotates slower than the field.

Due to the same (synchronous) rotation of the rotor with a magnetic field, the devices are called synchronous motors. They are divided into subspecies:

Most computer equipment is equipped with stepper motors. The energy conversion in these devices is based on the discrete angular movement of the rotor. The stepper motor has high productivity, independent of their meager sizes.

The disadvantages of a synchronous motor make an asynchronous electric motor more advantageous for use. However, due to their constant speed operation, most synchronous motors are in demand for installations in compressors, generators, pumps, as well as large fans and other equipment.

The stator of induction motors is a distributed two-phase, three-phase, rarely multiphase winding. The rotor is made in the form of a cylinder using copper, aluminum or metal. In its grooves are poured or pressed conductive conductors to the axis of rotation at a certain angle. They are joined together at the ends of the rotor. A countercurrent is excited in the rotor from an alternating magnetic field of the stator.

By design features, two types of induction motors are distinguished:

Otherwise, the design of the devices has no differences, and their stator is the same. By the number of windings, these motors are distinguished:

Different types according to windings

Asynchronous electric motors greatly facilitate the work of people, so they are indispensable in many areas.

The advantages of these devices, which played a role in their popularity, are the following points:

To all this, you can add the relative cost of asynchronous devices. But they also have disadvantages:

Thanks to the power supply of the electric motor using a frequency converter, some of the disadvantages of the devices are eliminated. Therefore, the need for asynchronous motors does not fall. They are used in drives of various machine tools in the areas of metalworking, woodworking, etc. Weaving, sewing, digging, hoisting, and other types of machines need them, as well as fans, pumps, centrifuges, various power tools and household appliances. Learn more about the different types of electric motors and their uses.

A Study Finds That CBD Use Does Not Impact Driving Capacities